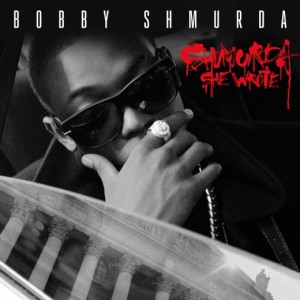 More information is coming out following this week’s arrest of popular Brooklyn-born rapper Bobby Shmurda, whose real name is Ackquille Pollard. According to TMZ, the New York City Special Narcotics Office claims in their recent indictment that over 15 defendants had committed numerous crimes to include “murder, attempted murder, assault, and drug dealing.” The same report says that Pollard was charged with “a few other weapon and drug charges as well as “conspiracy to commit murder but not the murder itself.”

TMZ reports that the indictment advises that gang members used a number of code words like “sun tan” which is supposed to mean shooting someone. Yahoo! News also reports:

“The evidence includes several recorded phone conversations, including some between Pollard and gang members serving time on Rikers Island, the indictment says. The gang used code words, referring to firearms as ‘tone,’ ‘socks’ or CDs, narcotics as ‘crills.’ it [the indictment] says.”

Yahoo! News also reports that at a news conference, Special Narcotics Prosecutor Bridget Brennan said the case had “deeply disturbing themes: The gang members’ enthrallment with guns, and a cavalier disregard for human life.” Furthermore, the report added the comment of James Essig, the head of the NYPD unit that facilitated the arrests, where he referred to Pollard’s songs and videos as “almost like a real-life document of what they were doing on the street.”

On Thursday, Pollard pled not guilty of all charges and is being held on a $2 million bail.