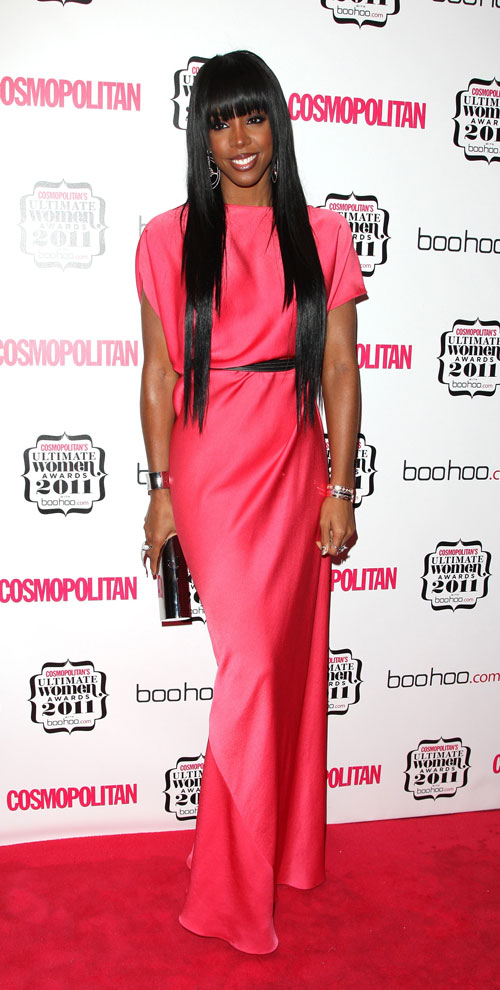 It looks like Kelly Rowland has won the hearts of the UK. Although she hasnâ€™t returned to X-Factor after an argument with a fellow judge on the show, she was awarded the title of Cosmopolitanâ€™s UltimateÂ TelevisionÂ Personality at the Ultimate Women Awards held last night in London. She did some interviews and spilled the beans about the sex of Bey’s baby, confirming what we already knew.Â

On the red carpet, while talking about Beyonceâ€™sÂ pregnancyÂ withÂ Bang Showbiz, she confirmed that Jay and Bey would be having a baby girl:

â€œIâ€™m so happy for my sister and her husband. Theyâ€™re so happy in this moment right now, as they should be. Theyâ€™ve made a little bundle of love, Iâ€™m so excited for them.

â€œI have no idea what Iâ€™m going to buyÂ BeyonceÂ at the baby shower because Jay is going toÂ buy that little girl every single thing possible. She wonâ€™t be spoiled but she will be very well looked-after.

Well “auntieÂ Kelly”, I’d love to see you change those diapers! I heard she’s pretty good with the kids though. So Beyonce is having a girl…hmm.. what do you guys think about this?

BET Awards went virtual this year, but we must celebrate our culture and thats what they did! Roddy Rich has the number one song...
Read more
Celebrity Children