Last night (February 15th) the 58th Annual Grammy Awards went down and there were many winners last night, but Kendrick Lamar seemingly is reigning above all. Kendrick Lamar went in the evening nominated for 11 Grammy awards, including Album of the Year for To Pimp a Butterfly. While the TDE emcee did not walk away with all 11, he did nab himself five awards. 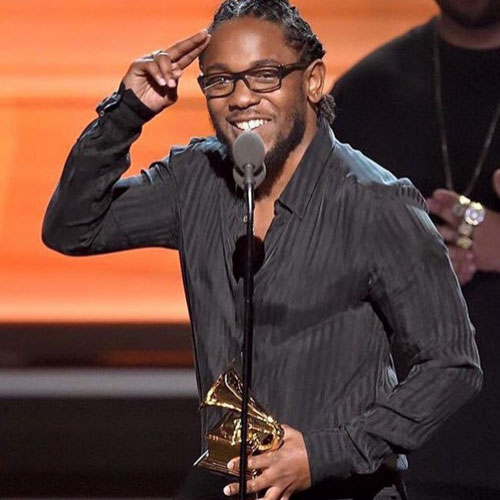 Lamar won for; Best Rap Performance and Best Rap Song for  “Alright”, Best Rap/Sung Collaboration for ‘”These Walls” featuring Bilal, Anna Wise and Thundercat. He also won along with Taylor Swift for Best Music Video with the hit song “Bad Blood” and then finally the category that probably meant the most to Kendrick was Best Rap Album for To Pimp a Butterfly, beating out Drake, J.Cole, Dr. Dre and Nicki Minaj for that honor.

All of those awards took a backseat however, to the performance of the night and one that had social media in a frenzy. In what was a powerful message, just a week after the Beyonce’ Super Bowl Halftime Show, Kendrick came out dressed as a prisoner to perform “The Blacker the Berry” and then broke free to perform in front of a large fire set as he went into “Alright”.

He lastly went into a never before heard song that was a lyrical exercise that delved into modern day slavery and ended with picture of Africa with the word Compton in middle of the image. It was a very powerful and compelling performance, one that is going to set the bar for all other artists to come on the Grammy stage.