Married to Medicine’s Quad Webb-Lunceford Calls Mariah Huq A She’s Jealous of Me!

It’s no secret, Married to Medicine’s Quad Webb-Lunceford and former best friend Mariah Huq do NOT get along. If you watched the most recent season of the hit BRAVO show, you continued to witness the demise of their relationship. In a new interview with “The SCOOP With The Hip-Hop Socialite”, Quad opens up about her issues with Mariah, and weighs in on Lisa Nicole Cloud’s marriage. Check out a few excerpts below.

ON MARIAH SAYING SHE MADE HER FAMOUS:

It’s the behavior of a narcissist. It’s the behavior of a person who’s literally a sociopath who’s coming undone and busting at the seams. I think she likes to say she made me because it’s the grandeur of a narcissist. I think she likes to say she made me because…it’s also to cover up for the form of jealousy she has. Let’s go back to that little spa scene with her and Lisa Nicole, and I call it a staged spa scene proctored and conducted by Mariah, and Lisa was just carrying through the act. Lisa is no more than a pawn in Mariah’s chess game, and I think that whole situation was to humiliate me, and to also be a cover for why Mariah was always attacking me, or keeping my name in her mouth in a negative way, or always taking shots at me in the confessionals. I think she wanted to put the fact that I was…she said, quote, unquote – and I have never been homeless Mara – but she said that I was homeless, and she’d done so much for me. I think that was just her way of painting the picture that I betrayed her in some way, and in all reality, she just wanted to cover her jealously. That’s all that was.

And she is jealous because I am the star of the show. I hate to even say that because to me it’s so corny, and I’m never the type to toot my own horn while I am confident, but I’m still a humble person. But I think in her mind, she thought that she brought a few women to the forefront, and introduced them to the executive producer, and those women closed the deal, but she has to remember they closed the deal on their very own. I think she thought that since she brought people to the forefront, that she was supposed to be the star of the show, and that everyone should bow down to her, and reality TV just doesn’t operate that way. It’s open season for everybody on reality TV. So if you don’t have the heart for it or the tough skin, you don’t need to sign up for it. We see now even her taking shots at Jackie, and saying Jackie doesn’t like her, this, that and the other – again, that’s just a ploy to destroy something, or someone, she could never be. I think if Mariah could clearly be a cross between Jackie and myself, she would love to be that. She would love to be highly revered and respected like Jackie, and popular and seeked out like how I am. 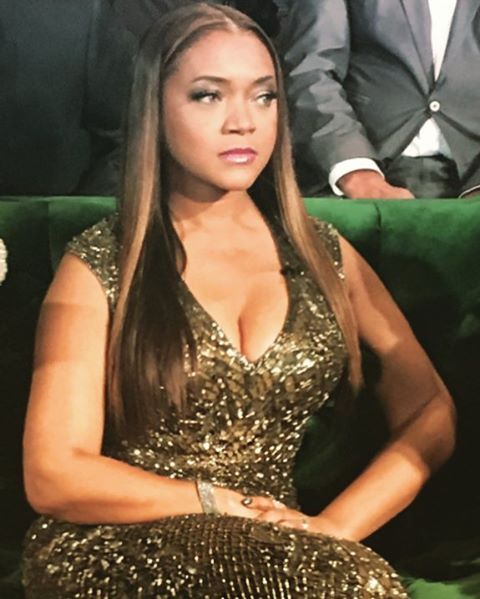 ON IF SHE THINKS LISA IS DELUSIONAL ABOUT THE STATE OF HER MARRIAGE:

Some people may call it delusional – I don’t. I think Lisa is so into keeping up an image. She loves this image of I’m this woman of empowerment, and I’m a millionaire, and I have the doctor husband and we have two perfect little kids. She’s caught up in image, and that image drives her so much, that she will tear down her self-esteem to keep it. It’s not about that man, absolutely not. She sold him up the river a long time ago bringing his affairs and his infidelities to the table. So it’s never been about him – she’s thrown him under the bus profusely. It’s most definitely been about her image and how people view and perceive her, okay. So I don’t know if Darren…we see a lot of Freudian slips with Darren okay.

First of all, he says said he’s been with Lisa for nine years but only been faithful for five. Then he says when he comes in…when he came in from outside somewhere, she said, ‘Well Darren, where were you?’ He says, ‘I don’t know where I’ve been.’ How you don’t know where you’ve been? You are you, you were there! So how the hell you don’t know where you’ve been? So then you come out to Hawaii in the ninth ending – we’re pretty much about to pack up and head out. The day before the trip is about to be brought to a close, and he had his arm in a sling. Well people questioned him, ‘What happened to your arm?’ It started out with…he said he was playing basketball, and then it went from playing basketball to moving patients from the gurney to the table. Now we know in the ER, we have people that do that – you know, there’s people that actually do that. Now the doctor has to jump in for the sake of saving a life, I can see it, but that’s not what he does daily. So what’s really the truth? I think at this point, Darren has gotten so tired of being thrown under the bus by his wife, I can’t really believe that those are really slip-ups that we hear from him all the time. It might be a little bit of let me needle her a little bit, let me poke her a little bit, let me get back at her a little bit. It comes across that he’s making a fool of her.