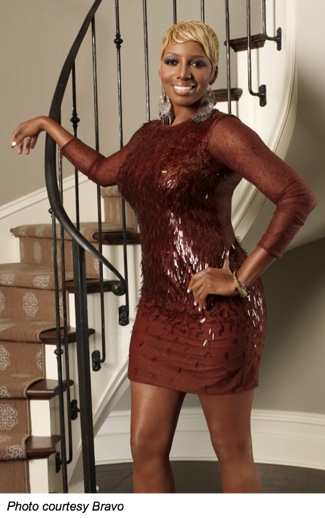 NeNe Leakes is shooting down claims that she tried to stab Sheree Whitfield in the back.

Sheree Whitfield isn’t crazy about NeNe, and NeNe revealed toÂ Sister 2 SisterÂ that the feeling is mutual. The famous frenemies get into it in season 4 of “The Real Housewives of Atlanta.”

According to Sheree, who recently shared her side of story on “Wendy Williams,” the fight ignited because NeNe tried to edge Sheree out of booking an appearance. In NeNe’s opinion, the only real reason Sheree continues to stir up trouble over the dispute is to make her more interesting to viewers.Â

“Me and Sheree have an argument, but Lord knows she needs to have an argument with somebody because she’s so d@mn boring.” NeNe toldÂ S2S, explaining that her co-star may have gotten more than she bargained for when they sat down to chat about the situation. “She confronted me and I don’t hold back.”

The boisterous “RHOA” diva was really offended at the notion that she would try anything so sneaky over money.

“Sheree came to me saying that I was trying to take money out of her pocket, which I thought was a joke,” NeNe said. “I’m looking at her like, ‘Mm hmm. B!#ch please! I can put money in your pocket.'”

And as NeNe put it, there’s no need for her to pull an appearance out from under Sheree because she “does very well for [herself].”

“To just keep it really real with you, my appearance fee is way higher than hers anyway,” NeNe said. “Child, please!”

When NeNe caught wind of all the hearsay, she brought the matter right to Sheree. See how their meeting of the minds started off when you watch the video below.

“Oh the Drama” I cant Wait for Real House Wives of Atlanta! Check my girls out on the seasonÂ premiereÂ  Sunday November 6 @ 10pm on Bravo!