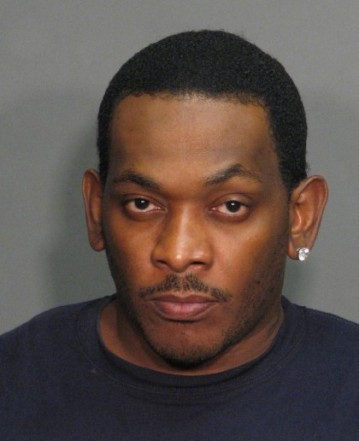 Itâ€™s a done deal. Rapper Petey Pablo has been sentenced to 35 months, in federal prison, after pleading guilty to charges of possessing a stolen handgun, TMZ reported. Last year, we told you about the 37-year-old rapper getting arrested at Raleigh-Durham International Airport in North Carolina while trying to board a flight headed to Los Angeles.

In case you forgot, authorities found a loaded firearm in his bag. The â€œRaise Upâ€ and â€œFreak-a-Leekâ€ artist claimed to own the pistol, but investigators later discovered the gun to be stolen. Sources say the gun had been proven to be stolen during a burglarly of a home in Gardena, California back in 2005. Petey Pablo was tried in a Greensville, North Carolina courtroom.

TMZ says there is no word on when sentencing will begin.

R&B singer, R. Kelly was a no-show for his court appointment due to medical procedure. R. Kelly is currently facing a long list of...
Read more
Celebrities In Jail

Sources say Comedian FatBoy SSE got busted for marijuana. On top of that he had oustanding warrants. Fatboy SSE is a Internet comedian whose outlandish public...
Read more
Celebrities In Jail

Rapper YNW Melly is in jail for 2counts of First-degree murder. His father drops a remix to Melly's song "Murder on my Mind", claiming...
Read more
Celebrities In Jail

Reported from TMZ: 7:00 AM PT -- According to cops they confiscated 4 Glock handguns with magazines. Five people were arrested -- none of them...
Read more