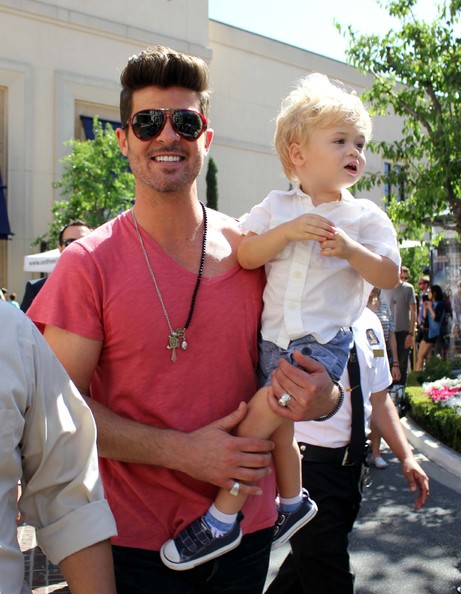 Robin Thicke and wife Paula Patton are putting plans to expand their family on hold for the moment. The R&B crooner and “Duets” judge coach tells “People” magazine he and Paula are just too busy with their careers to bring another child into the world. The couple already has one son, two-year-old Julian Fuego Thicke, and Robin says it’s difficult trying to balance work with spending time with his son. He says it’s one of the sacrifices you have to make in this business but says he and Paula are in constant communication with each other to keep their marriage strong and their son happy. Thicke calls Patton an “incredible strong and brilliant woman,” adding that he hopes to be as “strong and brilliant” as she is. 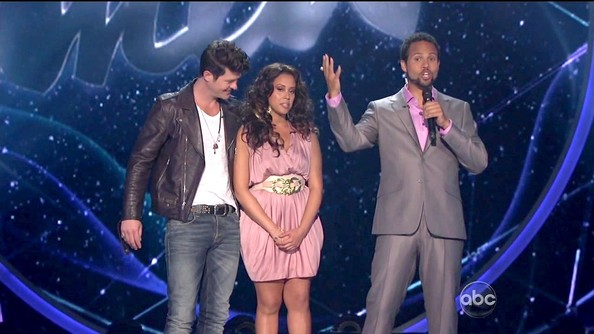 Robin can be seen Thursday nights on ABC’s “Duets” alongside fellow judges John Legend, Kelly Clarkson and Jennifer Nettles. He’ll also be performing at the Playboy Jazz Festival this Sunday at the Hollywood Bowl. Robin Thicke and his son Julian were spotted at The Grove in LA yesterday. The father-son duo spent some quality time together before Robin made an appearance on Extra TV.