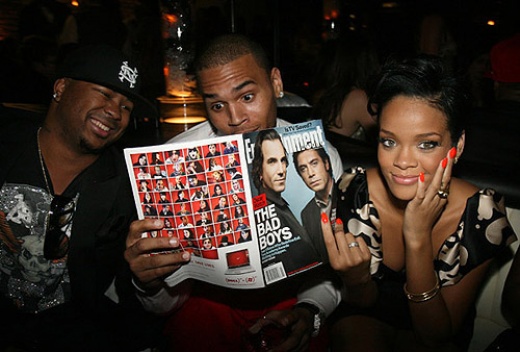 The-Dream says too much is being made of Rihanna and Chris Brown’s recent collaborations. The-Dream, who produced their “Birthday Cake” remix, says the duo’s new songs are just “two talented people doing a record together.” The-Dream tells Billboard.com that it shouldn’t be about their infamous night back in 2009 adding that if anything, the songs are a positive reminder of the benefits of forgiveness. Earlier this week, Rihanna and Chris Brown released a remix to her single “Birthday Cake,” as well as a remix of Chris’ “Turn Up The Music.”

“Turn Up The Music” remix

The pair’s relationship became a tabloid fixture when Chris assaulted Rihanna the night before the 2009 Grammy’s. He returned to the ceremony for the first time since the incident earlier this month. Brown’s appearance at the Grammy’s has since drawn the ire of celebrities like country star Miranda Lambert and WWE wrestler CM Punk.