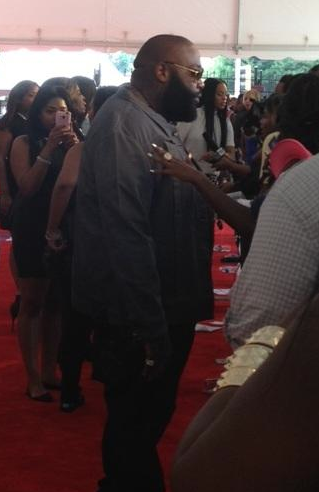 Last night during the taping of the 2012 BET Hip Hop Awards in Atlanta there was an altercation between Rick Ross and Jeezy. Maybach Music’s own Gunplay was also involved in a fight leading to police mace. Check video out inside.According to AllHipHop,Â Funk Master Flex confirmed via Twitter the â€œpushing and shovingâ€ that was happening backstage during the taping of the show. Soon after the first tweets by Flex another tweet claimed “shots were fired” in the parking lot. The gunman was ‘allegedly’ reportedly arrested by the Atlanta Police Department. 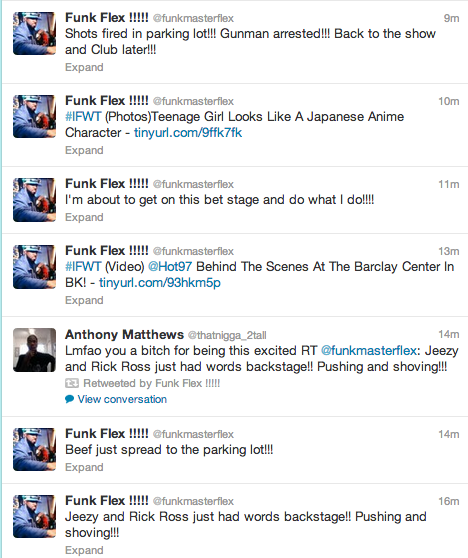 At 8:10PM, the Atlanta Police Department stated that Young Jeezy and Rick Ross were not arrested. At 10PM there was a report of 50 Cent and Gunplay also being involved in fighting incidents. Early this morning, USA Today, reports that Atlanta Police Department states shots were fired and one man was seriously wounded. Police had responded to the backstage call during the awards show and no arrests were made and they have not released the identities of those who were involved.

Below check out the video of the Gunplay incident:

This is such a shame that any of these situations happened during this year’s taping of the 2012 BET Hip Hop Awards. #fail