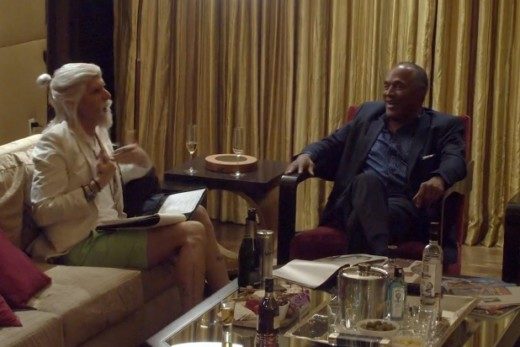 The first season of Sacha Baron Cohen’s This Is America came to a close last night with a controversial skit that saw the character comedian attempting to coax a murder confession from O.J. Simpson.

But it seems that he may have filmed the most controversial moment for last, after a reported meeting between Baron Cohen and Simpson finally took place.

In the segment, which was reportedly filmed using hidden cameras, Simpson is interviewed by Gio Monaldo, an Italian billionaire playboy portrayed by Baron Cohen in a ponytail and heavy prosthetics.

After claiming that he was working for a sheikh, Baron Cohen claims that he would be willing to pay millions if Simpsons confesses to the 1994 murder of ex-wife, Nicole Brown Simpson and her partner Ronald Goldman.

Although persistent, Monaldo ultimately fails to elicit a confession from Simpson, who refuses to admit the crime.

The record deal that Taylor Swift signed when she was 15 is about to come to an end
Baron Cohen’s character is also seen joking with Simpson about the prospect of murdering Monaldo’s Christina by pushing her out of a helicopter.

“Me and you, we got something in common. We both, how you say, ‘ladykillers,”, Monaldo tells Simpson, before he replies: “No, I didn’t kill nobody”.