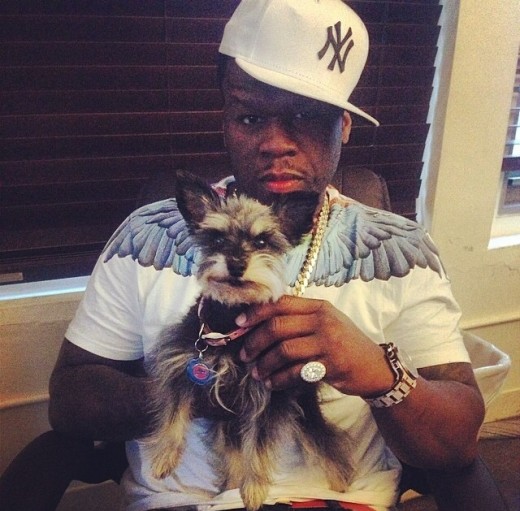 50 Cent is jumping out the box in 2014 with new businesses, boxing, and alleged fights at Summer Jam and he talked about it with Hot 93.7 Morning Crew.

Animal Ambition was the first new album from 50 Cent in almost five years, and despite lukewarm sales the 50 is not sweating the reception. He tells the morning show,

“For the record sales, I know I can’t have the success I’ve had in the past, it’s impossible. This is the warm-up. I’m coming in September [with] my album Street King Immortal.. I put this record out to cut through the cloud of my audience’s [perception] of my success. Some people are not conditioned or prepared for success and it’s an adjustment. If you leave the environment thinking the exact same way you were in the environment, chances are you won’t be successful. You have to make some adjustments as you go, acquiring new information. Being exposed to different situations is what allowed me to continue to do it. But if you don’t do it, you forget about it.”

50 Cent believes the fight, which may have since sparked a lawsuit, isn’t something that should extend to his entire crew, and he places the blame back on the ones directly involved. 50 says,

“They were asking questions, because [Tony Yayo] had done something, when he was starting to say things in response to him having to be responsible for himself, for me not just fixing the problem by saying ‘Here’s money, just go ahead and take that.’ I did that a lot, I enabled them in those way, and now when you see it and you say how do I correct it? If I could allow Yay to say the things that he said, and bring him around, I’d bring Buck around before I did that, because I know Buck. I know he’s impulsive… and he’s high at the same time, he’s running around like the real definition of a rock star. I think it was easier to bring Buck than to accept the things I got from Yay, because he was so close that he should actually know better. Banks, he doesn’t do anything wrong, he just stops. There’s points when you come in you don’t know if he likes you or not.”

“I don’t know what it is. If I go to the basketball game and sit next to Meryl Streep, the coverage is bigger than Jay and Beyonce at the GRAMMYs,” he said. “Then if I throw the ball and it slips, I’m like the biggest thing on CNN and ESPN. I don’t take myself so seriously that I don’t enjoy laughing at myself. You see my sense of humor come out when I see Lloyd do something this crazy. I’ll get right to it, I don’t care.”

Check out the interviews below: