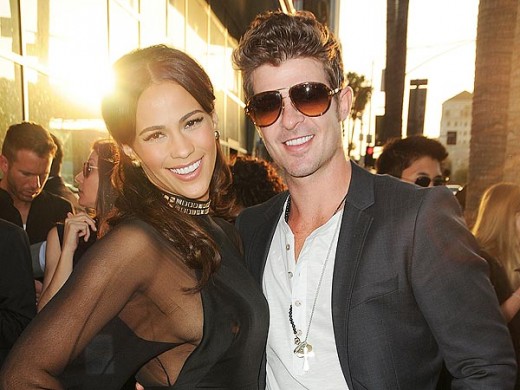 TMZ has reported that Paula Patton has filed for divorce from Robin Thicke siting “Irreconcilable Differences”.

It is official! Paula Patton has filed for divorce from longtime beaux, Robin Thicke! I’m not really sure what I thought was going to happen here. I surely didn’t think that she was going to take him back while at the same time thought “how could she not?”

You really can’t apologize any more than he did. I just saying this wasn’t no “flowers at your door step” kind of stuff. This was “dedicate an album to you and perform it at an award show while in tears” kind of stuff.

She just wasn’t going to take him back I guess and this was inevitable. It’s sad because we saw some real genuine stuff there and it’s so rare that you see that in hollywood.

And the very least TMZ has reported that it was on good terms and they are both going for split custody of their son Julian so we more than likely won’t have a messy split going on here.

Hopefully this ends up being a super dope come back album for Thicke.