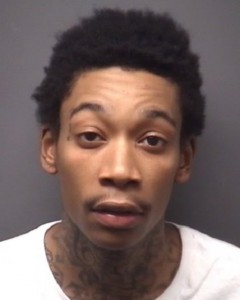 TMZ says police ticketed the rapper and several members of his entourage after they discovered more than eleven grams of marijuana on their tour bus. They were cited and released.

Wiz is expected to appear in court on July 27th. The arrest comes just days after the Pittsburgh rapper was caught with marijuana in Nashville on April 21st. Police there sniffed out Wiz after getting wind of reports of marijuana smoke at a local Holiday Inn.

The rapper was also arrested in Greenville, North Carolina in 2010 when police smelled marijuana coming from his tour bus.