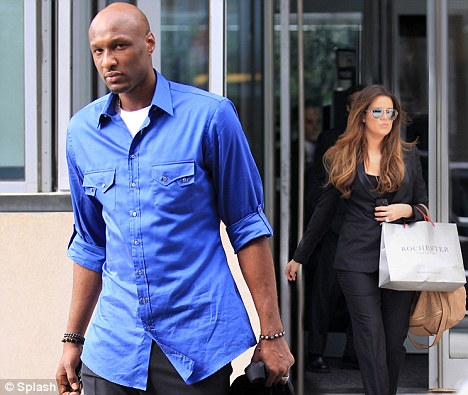 The accident happened after the vehicle, driven by a car service employee, collided with a motorcyclist. The bike then propelled into the 15-year-old pedestrian who was taken to hospital with severe injuries. Odom, 31, who looked grim as he headed out into the city earlier today, was said to be returning from a trip to the barbershop when the accident happened.

According to reports, the Los Angeles Lakers star, who was uninjured, was particularly upset after the crash took place and was seen crying at the scene. Odom, is reported by the New York Post to have been travelling in the back seat without his wife Khloe Kardashian in the Queens area of the city.Â The basketball player and reality show star is visiting the Big Apple to attend his cousin’s funeral. Earlier toady, he tweeted: ‘Thank you for your support and prayers!’ after being spotted out in New York with Khloe. 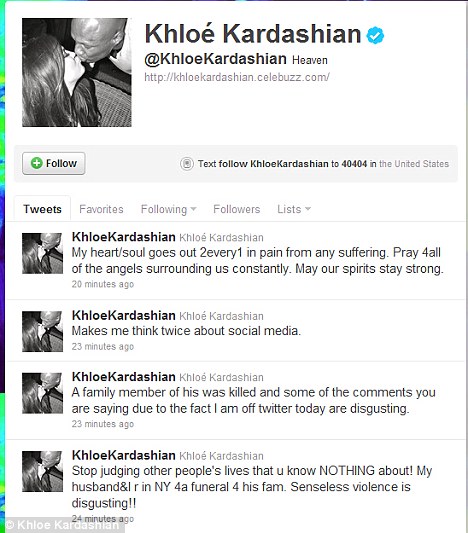 I’m sure he must be going through a lot being that he was in NY only to attend a funeral because his own cousin had been murdered. Keep ya head up homie.