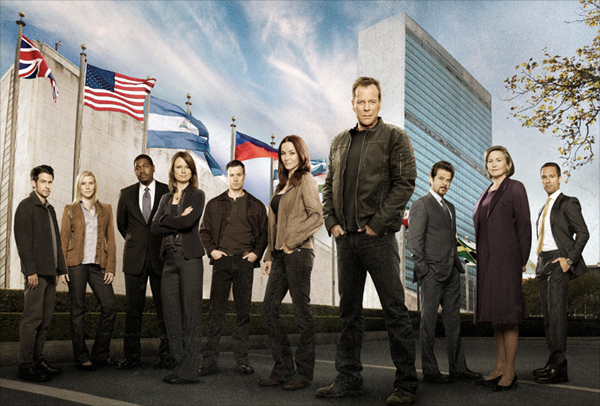 Although a 24 movie is still in the works, executive producer Howard Gordon says their creative team simply ran out of new obstacles for Jack Bauer to conquer! (crickets) Umm, what? Thats what you have a creative teamÂ  for….

So don’t hold your breath for the show to move to NBC!

“If one of the writers came up with a good idea, Iâ€™d happily pitch it to Kiefer and then happily pitch to a network, whether Fox or someone else,” Gordon explained. “We just donâ€™t have that idea, and thatâ€™s where everything has to start.”

Gordon says he’d like 24 to be remembered as a “revolutionary concept” and that the cast and crew “loved the show so much” and “never did anything less than [their] best.” I don’t know…its SEEMS like there has to be another reason for this abrupt ENDING to such a successfulÂ show.

WillÂ youÂ miss Jack, Chloe and the rest of the 24 cast once seasonÂ 8 is over and done?