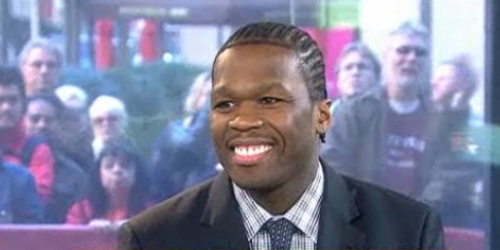 Recently SK founder 50 Cent spoke with MTVÂ and defused the long going tension with Miami’s Biggest Boss Ricky Ross! 50 Cent is someone who is KNOWN for his competetive rapper nature and beefs with other fellow rappers including Ja Rule, Game, Young Buck,Â Fat Joe, Jadakiss, Nas and evenÂ Rick Ross!

But with RozayÂ in and out of the media spotlight for hisÂ recent medical scares with two back-to-backÂ seizures in the same day;Â 50 centÂ has chosen to downplay their feud and beef in conversation.

50 cent went on to say “You shouldn’t wish that on anyone,” (which is TRUE!)Â andÂ that he would never wish any type of harm on Rick.

And to say the least… I’m more then happy for this, maybe they will collab on a track together.

Â He spoke on how it got started betweenÂ the two of them; which started at the 2009 B.E.T Awards red carpet.

In regards to how serious their feud was, 50 reminds folks that battling is a part of hip-hop:

“This is why they changed the terminology from ‘battling’ to ‘beefing.’ It was always that battling was a part of the culture; they didn’t do that until Tupac and Biggie Smalls’ situation, that’s when it became taboo to actually mention an artist’s name.”

What y’all think of this? Are y’all glad 50 cent finallyÂ defused this PETTYÂ bomb between himself and Ross, orÂ you think it was good-hearted or just aÂ publicity stunt?

[youtube https://www.youtube.com/watch?v=e_-Q2GTf5hk] Atlanta rapper my fam YFN Lucci came through Power 106, Nick Cannon Mornings to talk all about his life before stardom and even...
Read more
Celebrities in Trouble