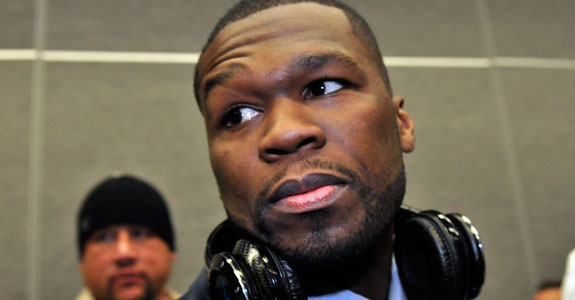 Wow 50 Cents has demonstrated the ultimate insensitive emotion possible. We all know that there are serious trying times for the country of Japan. With the largest earthquake they have experienced in the history of Japan followed by a 20ft Tsunami. Many lives were lost and thousands are still missing and without food and water. Thus means nothing to Fifty Cents though check out his twitter mentions on his thoughts of the catastrophy.

“Its all good Till b*tches see there christian louboutins floating down da street shit gone get crazy.”

“Wave will hit 8am them crazy white boys gonna try to go surfing.”

“Look this is very serious people I had to evacuate all my hoe’s from LA,Hawaii and Japan. I had to do it. Lol”

He must have realized that he was being offensive because later he tweeted:

“Nah this is nuts but what can anyone do about it. Let’s pray for anyone who has lost someone.”

“Some of my tweets are ignorant I do it for shock value. Hate it or love it. I’m cool either way 50cent”