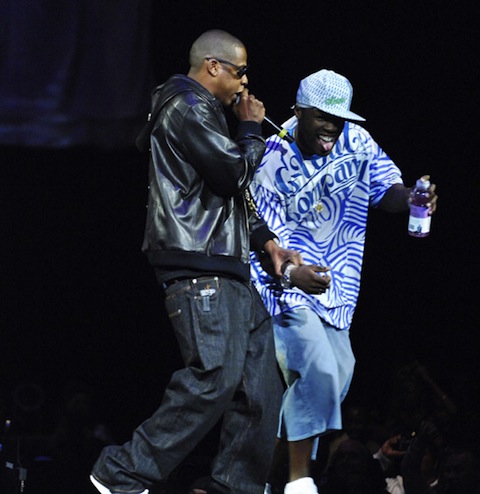 50 Cent has sparked controversy by admitting he is not on friendly terms with other rappers such as Jay-Z.

The Candy Shop star said he kept his relationships with his peers in the music business strictly professional and admitted that he used them just to get hit songs.

“We donâ€™t have those kinds of relationships. These people are people I associate with. We are in the same business. We are not necessarily friends. We donâ€™t call each other for no reason,â€

â€œItâ€™s not like we have something against each other to make us enemies,â€ Fiddy continued. â€œMe and Jay[-Z] will use each other. Repeatedly. For energy.â€

50 Cent, real name Curtis Jackson III, added that he was always open to doing collaborations but there was a simple reason why he hadnâ€™t done more.

â€œThey donâ€™t pick up the phone and call me,â€

Fiddy recently shot the video for his collaboration with Nicole Scherzinger, Right There, in downtown LA. When asked how the duet came about, the rap superstar admitted he had a crush on the ex-Pussycat Doll. â€œWell, I was really wanting to date her, he said. “They played the song, and I said, ‘OK, I’ll do it. Maybe I’ll get a chance to do the video and be next to her and see what happens!'”