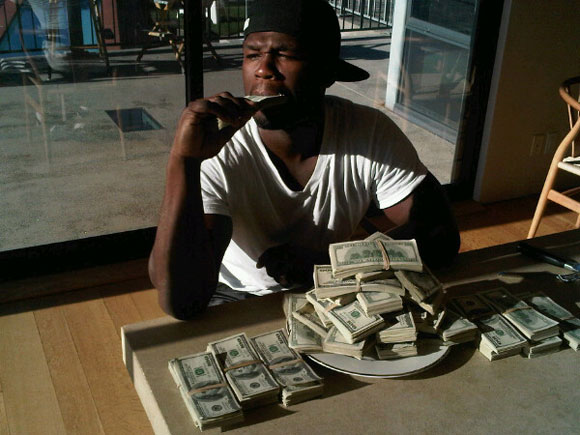 Rap superstar 50 Cent is being taken to court over his hit single “I Get Money.” According to AllHipHop.com, aspiring rapper Tyrone “Caliber” Simmons has filed a copyright infringement lawsuit in the United States District Court, Eastern District of New York. Simmons alleges that he previously purchased an exclusive license for all the rights to the instrumental beat of “I Get Money.” Simmons claims 50 Cent, Aftermath Entertainment, and G-Unit and Shady Records knowingly infringed on his rights when they recorded the track. His attorney, Louis Tambaro, remarks, quote, “Our client was granted exclusive rights to the ‘I Get Money’ instrumental and was unceremoniously cut out of the loop when the defendants realized they had a huge hit on their hands.”
“I Get Money” was the third single from 50 Cent’s 2007 album “Curtis.” The track came in at number 14 on “Rolling Stone’s” list of the 100 Best Songs of 2007.