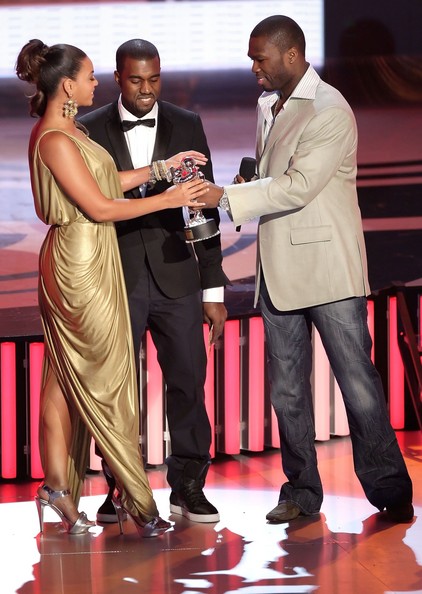 50 Cent recently spoke about having unprotected sex with Beyonce, Rihanna, and Lady Gaga, saying he has crush on all three women…or maybe wants to CRUSH all three women. 50 says if he lived in Africa he would marry them and have three wives, never use a condom and have big families. Its 2010, and people still think having unprotected sex, also known as ‘STD sex’, is the move… After he woke up, he talked about Beyonce and Lady Gaga’s video “Telephone”, calling it sexism, saying he wouldn’t be able to get away with having the same scenes in his video, even if he used a recognizable female in the scene because of who he is. Comparing a shot in the video in a diner where its just breasts, 50 says they would make him edit that scene immediately. Shout out to Kredible Alerts.

What yall think about 50’s thoughts, or monthly rant, depending on how you look at it….