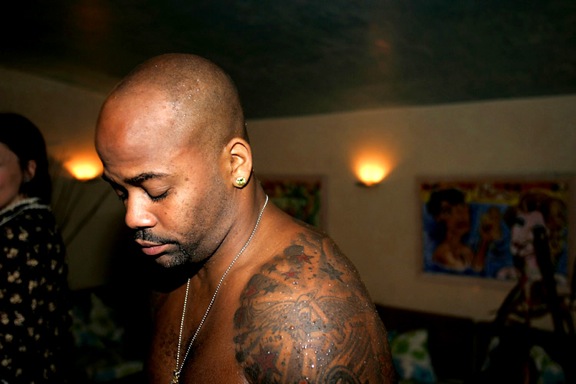 It seems Damon Dash can’t get a break, after being his with a tax bill of $3 million (see here), NYPD served Mr. Dash with a court summons for his 4-story warehouse in Tribeca, DD172. The sometimes art gallery, sometimes photo studio, sometimes rehearsal space has been deemed a nightclub by the city of New York. Dash and associates are accused of 6 counts of storing and selling alcoholic beverages without a license, first being caught violating the liquor code in November of 2010 and as recently as May of 2011.

Because of this, and the loudness of the property, neighbors are calling Damon Dash’s business affairs a nuisance to the community, with one anonymous neighbor saying, “Damon Dash was a terrible neighbor. It was always super loud, super noisy, tons of garbage in the street. All these 18-year-old kids smoking and drinkingâ€”real thugs. They were disrespectful to the neighborhood.”

No Dame knows he’s gotta watch his back in a neighborhood like this, one of the richest and whitest neighborhoods in NYC. If this place was in Brooklyn, we wouldn’t even be making a fuss.