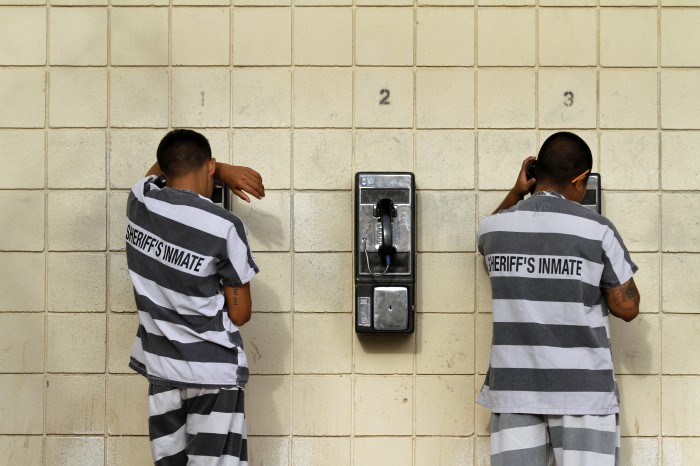 Times are very hard for the 86-year-old Martha Wright. She has missed several meals and skips medication so that she can stay in contact with her imprisoned grandson. It is because of this that Wright is now fighting against the Corrections Corporation of America (CCA) and phone companies because she feels that they are charging extremely too much. Advocacy group ColorofChange.org is now helping Wright and others like her and claim that families are often charged up to 15 times the normal rate. Unbelievable!!!

This is an important issue for Black families of course. Research shows:

For Black men in their 30s, one in every ten is in prison or jail on any given day, and federal sentencing data shows that Black men receive longer sentences than white men for the same crimes. Among Black children, one in nine has an incarcerated parent,constituting an enormous captive audience for prison phone operators preying on the need to keep family connections alive over the course of years or even decades apart.

This makes me wonder what’s really going on? Join their cause by asking the Federal Communications Commission to limit the amount the phone companies can charge families for inmate calls.

I don’t think it’s right that grandmother’s like Martha Wright have to go without food and medication just to keep in touch with their families.