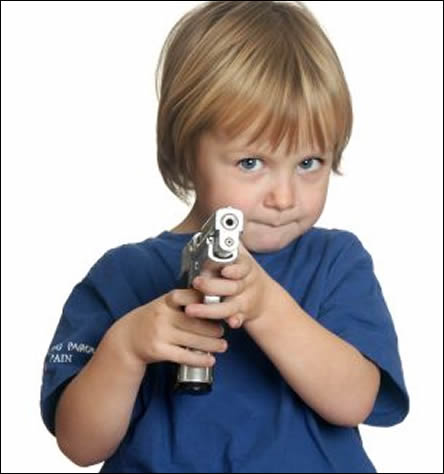 Relatives and neighbors of two young cousins — 4 and 2 — shook their heads in disbelief outside a Detroit townhouse Friday, trying to make sense of how a 4-year-old boy got his hands on a .22 caliber gun and allegedly shot his 2-year-old female cousin in the head. Jesus, please help us.

An uncle was in the home watching both children when the boy found an unsecured gun and shot the girl in the side of the head, police said. The man was in a different part of the house during the shooting.Â  The little girl, whose name has not been released, was in critical condition Friday evening at Children’s Hospital of Michigan and police are investigating the shooting.Â  Detroit Police Chief Warren Evans said police plan to interview the 4-year-old, who he said was “obviously distraught” and holding the weapon.Â  God please deliver the little girl and provide the 4 year old with a sound mind. . –Courtney L.