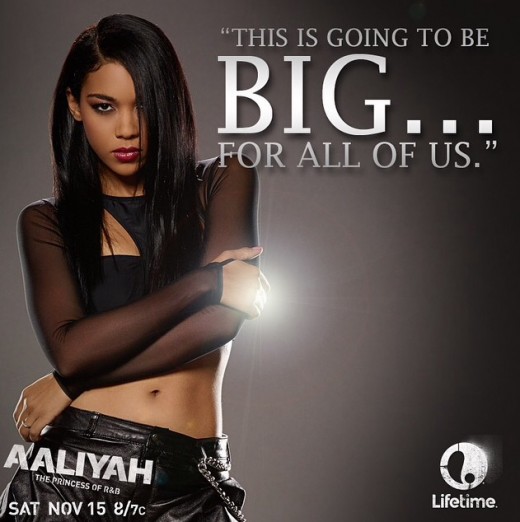 Lifetime has released a full length trailer in anticipation of the release of the small screen movie that will chronicle a number of late R&B singer Aaliyah’s public and private experiences. One of the producers for the movie, television talk show host and radio veteran Wendy Williams has said that the film will cover many topics including R. Kelly, but will not address her unfortunate death. The movie is reported to be based on a book written by former Time magazine music editor Christopher Farley entitled “Aaliyah: More Than A Woman.”

The network has been met with much opposition since first stating that it was working on made-for-TV movie about Aaliyah. The deceased singer’s family had been very vocal about their dissatisfaction with Lifetime’s efforts and as a result, the original actress cast in the lead role, multi-talented performer, Zendaya Coleman backed out of the film. The actress now cast in the role, Alexandra Shipp seems to capture the mysteriousness and beauty of Aaliyah in the trailer.

Watch the movie’s trailer below:

No matter what sort of issues have surrounded the production and release of the movie, we are looking forward to seeing what Lifetime has in store. Hopefully, “Aaliyah: The Princess of R&B” will be a great display of who Aaliyah was to the music game all those years ago and may even round up a new generation of fans!