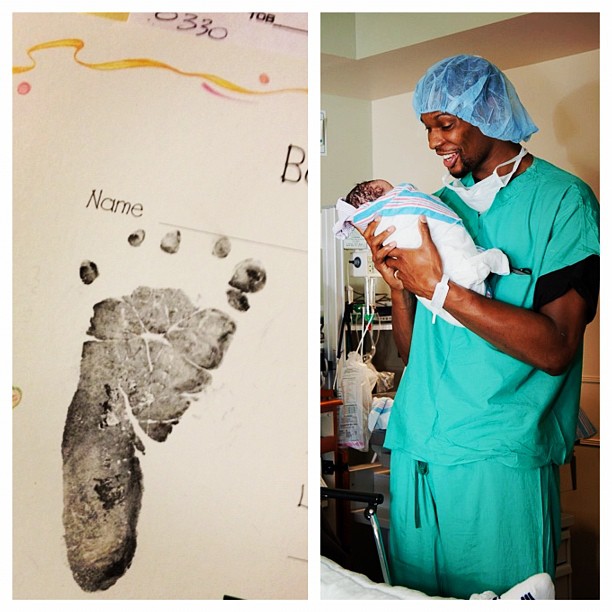 Congratulations are in order for Chris Bosh and wife Adrienne Bosh. Miami Heat forward Chris Bosh rushed home right before the Heat’s Thursday night playoff game against the New York Knicks, with his wife, Adrienne, who was delivering the couple’s first child.
Speaking of last week, BlackCelebKids reports Bosh said, â€œItâ€™s exciting times, trying to compete for a championship again and bring in new life. So, itâ€™s a busy time in the Bosh household.â€ 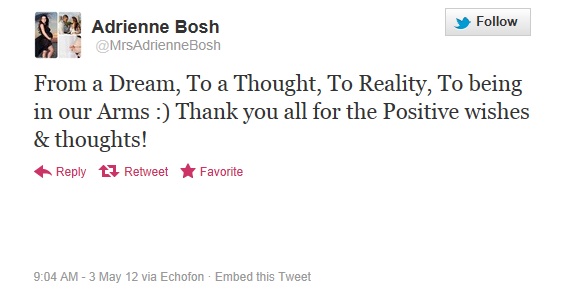 Shortly after 9 a.m. Thursday, Adrienne Bosh posted on her Twitter account. “From a Dream, To a Thought, To Reality, To being in our Arms 🙂 Thank you all for the Positive wishes & thoughts!” Shortly thereafter, Heat owner Micky Arison, in New York with the team, posted a message of congratulations for the couple on his Twitter account. 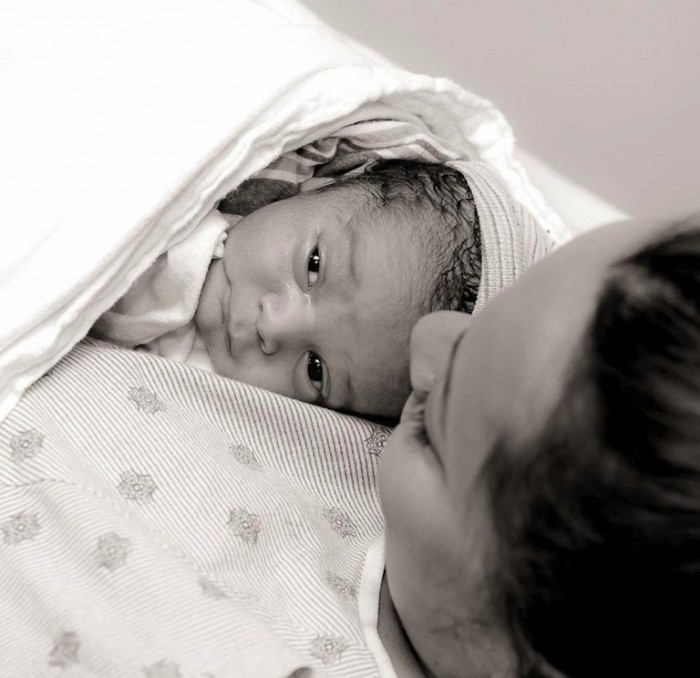 Chris Bosh spoke of the eventuality of a possible playoff absence last week, saying he was carrying a “baby beeper.” He arrived with the team in New York on Wednesday evening then flew back to South Florida early Thursday morning.