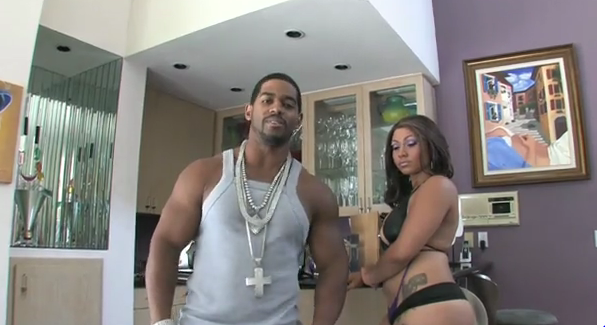 Twitter has been going crazy after hearing that one of the top black male adult entertainers’Brian Pumper’Â had AIDs. Last July 2010 it was announced that he had a adult filmÂ coming out with Montana Fishburne, Laurence Fishburne’s 19 year old daughter, who is using the alias “Chippy D”.

As of late, Brian Pumper continues working on his work in both adult films and in music. A number of videos cataloguing his life, such as the “Brian Pumper Reality Show” are available for view on sites such as youtube.
A source leaked information that Brian Pumper contracted HIV from Montana Fishburne, Which I was told was all false… Its sad people will say anything these day’s

Brian Pumper’s mixtape “I Get Biz” was released on iTunes. What yall thinking?