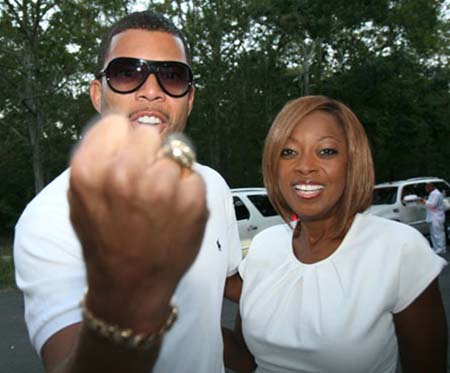 Al Reynolds isn’t playing any games out here. He’s gonna get his money no matter how he has to…even if that means showing up to his ex-wife’s book signing and serving her with court papers. To say that Star was pissed would be an understatement. Apparently, Reynolds went out of his way to serve Star the papers because she broke an agreement between the two of them to not make “disparaging remarks” about each other. Al wants $50,000 from Star all because she said that their marriage was “kind of booty” during an interview with Wendy Williams in March. Supposedly he had been having a rough time getting in contact with her because she has been super busy promoting her book Satan’s Sisters. I guess he figured that he’d catch her at work. Do you think Al Reynolds was out of order for doing this to Star? What would you have done if you were Star?