Grammy Award, Stellar Award and Dove Award winning songwriter/producer Billy Dorsey has recently released his debut gospel album entitled “Marathon”. At a first listen of “Marathon”, you may not believe that you’re listening to a gospel album. That’s because this is not your typical gospel album. In a recent interview, Dorsey discussed what listeners can expect lyrically and sonically when they listen to “Marathon”:

“It’s about life; everything from admitting that you are imperfect to issues that you deal with that you really can’t deal with on your own to accepting Christ. From a lyrical content perspective, it is very much a traditional Christian or gospel experience. I wanted to capture all types of music that we use, and that we were inspired by. You will hear elements of Jodeci, elements of Fred Hammond and Commissioned, elements of Prince. There’s a little bit of everything.”

Billy Dorsey has an incredible testimony: He went from being homeless and living in a friend’s studio to working with well-known artists in both the secular and the gospel music industries. Billy Dorsey has written and produced songs for Lecrae, Maino, Pretty Ricky, 2 Chainz, and Day 26. In 2013, Dorsey won a Grammy for his song, “Higher” (produced with his team thebridgelife) that was featured on Lecrae’s “Gravity” album.

“Enough” is the first single from “Marathon”, and it was written and produced by thebridge. On “Enough”, Billy Dorsey sings about some real life situations that he has experienced and describes why God’s love is “more than enough” for him.  The recently released video for “Enough” depicts these real life situations that Dorsey sings about, and was directed by Artemus (AJ) Jenkins.

You can check out the video for “Enough” below:

“Marathon” is available for purchase on iTunes now: https://itunes.apple.com/us/album/marathon/id623522223 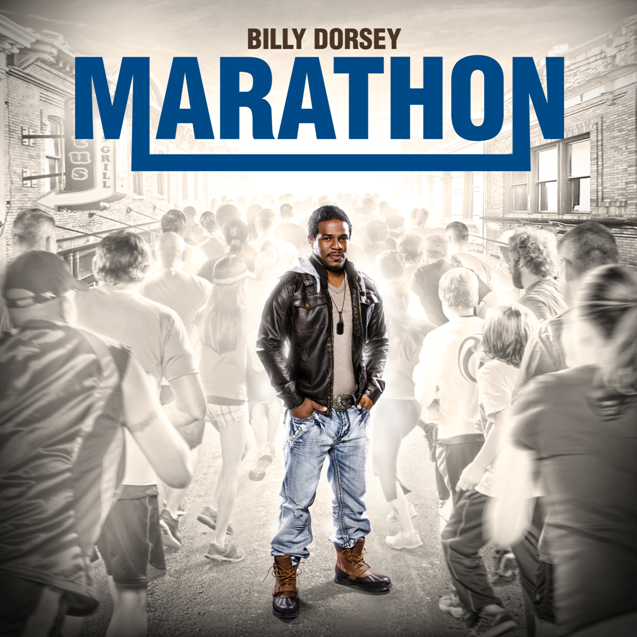 For more information on Billy Dorsey, you can visit his website: http://billydorsey.com