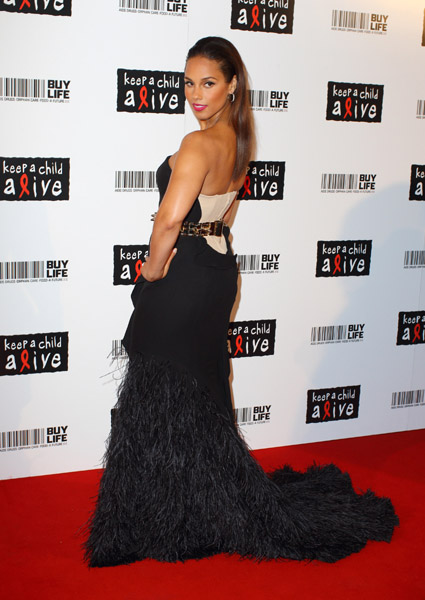 After Alicia arrived at her Black Ball–which raises millions of dollars of orphans suffering from AIDS in Africa and India–she took to Twitter to express her disappointment with scheduled performer George Michael.

â€œ#Blackball Uk was a TREMENDOUS Success!!!! but one questionâ€¦..what kind of person bails on 15million orphansâ€¦..#GEORGEMICHEAL???? ;-(.â€ 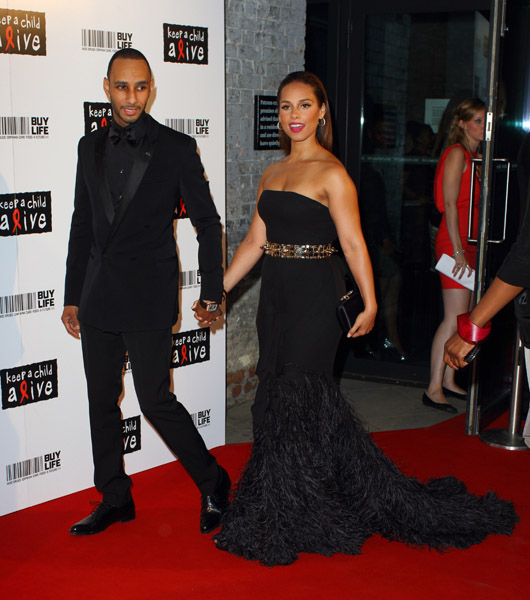 But what she likely didn’t realize at the time is that George tweeted three days ago that he was suffering from a jaw infection:

On the weekend, got some kind of infection in my lower jaw and the left side of my face now resembles a hairy football…Anyway the point is I dont know if it will clear up in time for Wednesdays Black Ball Charity event with Alicia Keys…Which would be terrible, I don’t want to let down the charity, which is excellent, and I would love to sing with Alicia, shes wonderful.

This tooth ain’t getting better in time for tonight, not enough to sing anyway….. :(…I’m really sorry folks. You watch, it’ll be totally fine by tomorrow. Bloody typical….I hope not too many of my lovelies managed to grab a ticket :(…Of course I’d recommend going anyway, Alicia is great live, and @KeepaChildAlive is great charity to donate to.

Alicia publicist was on her job because she later erased her tweet.