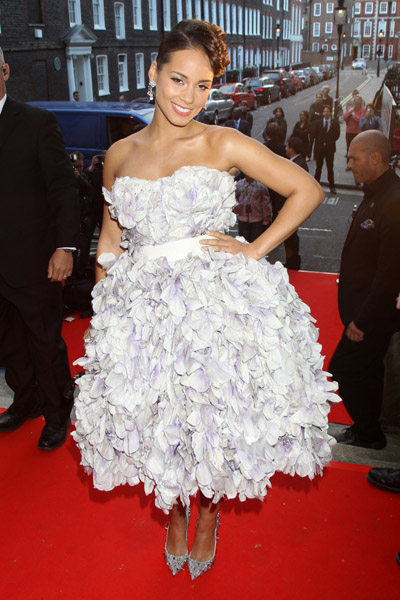 Talk about music to your ears! Not only are private power couple Alicia Keys and Swizz Beatz engaged to be married, they are having a baby. The announcement comes after the two, together since fall 2008, attended Thursday night’s Black Ball in London, which benefits Keys’s Keep a Child Alive charity. Here are all the pic’s

“They’re very happy,” says a friend of the couple, while reps confirm to PEOPLE the nuptials will take place “in a private ceremony later this year.”

Rapper Swizz Beatz (real name: Kasseem Dean), 31, has produced music for Keys, 29, and worked with artists including Jay-Z, BeyoncÃ©, Jennifer Lopez and Gwen Stefani.Â It will be the first marriage for Grammy-winner Keys â€“ and their first child together. Swizz Beatz is father to Kasseem Jr., 3, and son Prince Nasir, 9, both from previous relationships.