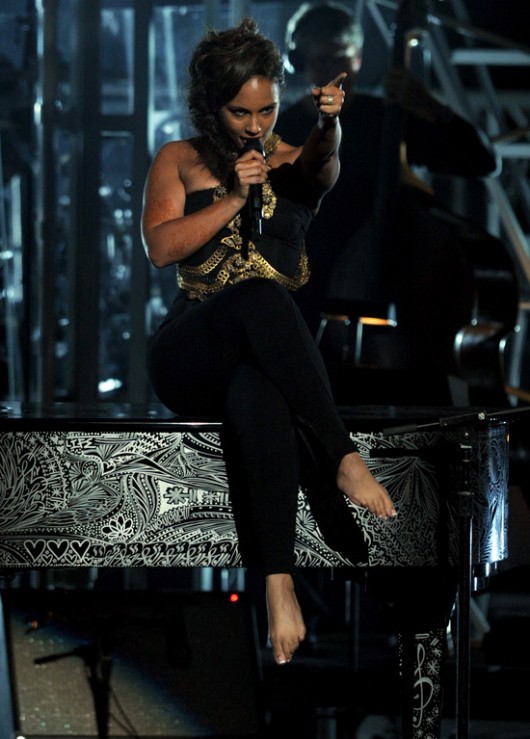 Alicia Keys is taking her talents to Broadway. The R&B superstar has announced plans to co-produce a play titled “Stick Fly.” The production will revolve around an affluent African-American family that comes together for a weekend on Martha’s Vineyard in Massachusetts. Alicia says “Stick Fly” has a story that “everybody can relate to,” adding that she was attracted to the project because it “portrays Black America in a way that we don’t often get to see in entertainment.” It has not yet been announced whether or not the Grammy winner will be a part of the cast. “Stick Fly” will open on December 8th, with previews taking place in November.

Alicia Keys is also releasing deluxe and collector’s editions of her debut album, “Songs In A (ay) Minor,” today. The records will feature unreleased songs and remixes of previous hits, while the collector’s set will also include a special documentary. Alicia will also celebrate “Songs In A Minor” on Thursday with a special concert at New York’s Beacon Theatre.