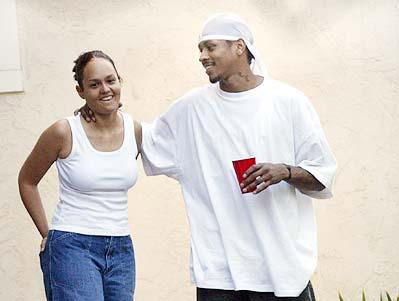 On Feb. 22nd,Â  IversonÂ  announced he would be out for the season to comfort his 4 year old sick daughter.Â Â  A week after his announcement his wife, Tawanna Iverson filed for divorce in Fulton County Superior Court. The petition was filed on Tuesday and she said her 8 1/2 year long marriageÂ  was “irretrievably broken” (I guess Â a ring can’t fix it).Â Â  Tawanna wants temporary and permanent custody for their 5 kids and she wants child support and alimony.Â  The kids range in agesÂ 1 yearÂ  to 15 years.