Amber Rose Has A Baby Bump 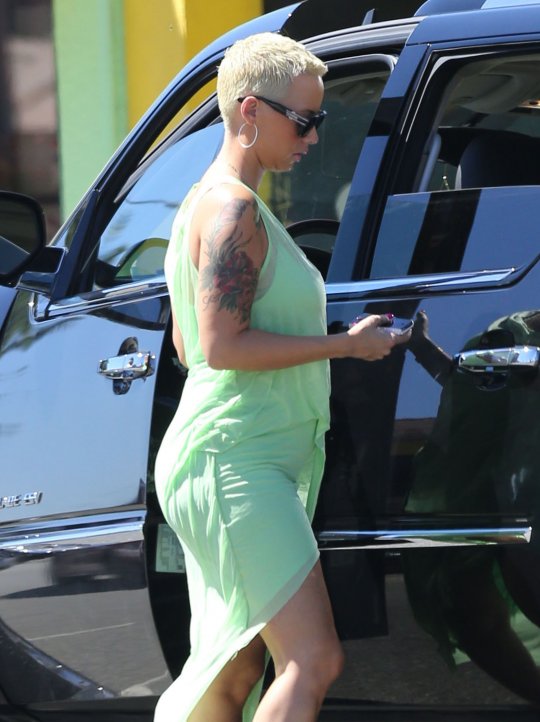 Either Amber Rose is pregnant or she has gained weight only in her stomach?! This week she went back to her infamous blonde hair and was caught showing a baby bump. Her and her fiance, Wiz Khalifa, still will not confirm the rumors but have been social networking photos.

A source close to Radar Online states, â€œAmber and Wiz unexpectedly got pregnant, but theyâ€™re really happy to be starting a family together.â€

The source tells that they are expecting the delivery to be January 2013. Though we never had a date for their wedding, we assume it will be delayed until after the alleged baby arrives. 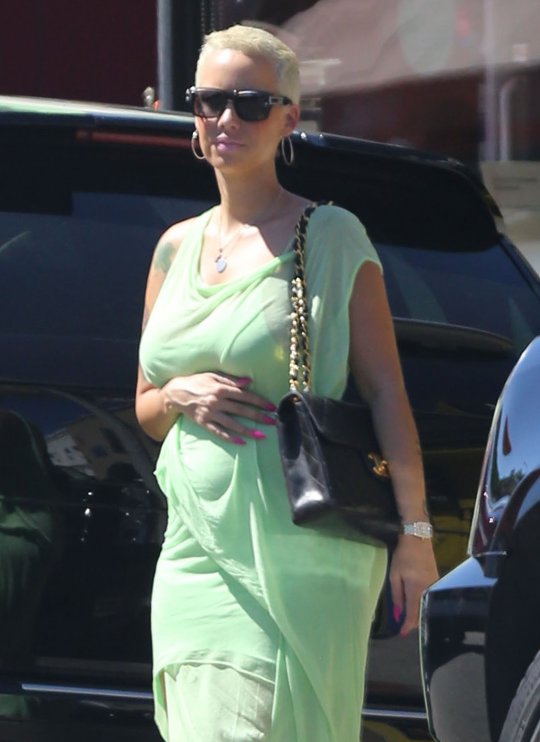 “Amber’s already had to make some big lifestyle changes, like not smoking cigarettes anymore. As a model she’s used to having a thin waist, so this is going to be an adjustment for her,” says the source.

Amber and Wiz were engaged in April earlier this year. Wiz will be hitting the road on a 36-city North American tour with his Taylor Gang crew. The tour, 2050 Tour, will kick off October 12 at theÂ Bryce Jordan Center in State Park, PA. Tickets for the tour will go on sale Friday, September 7, 2012. 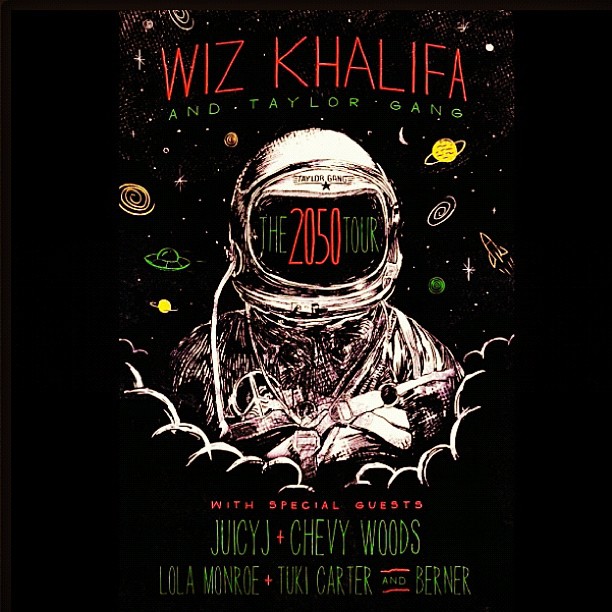