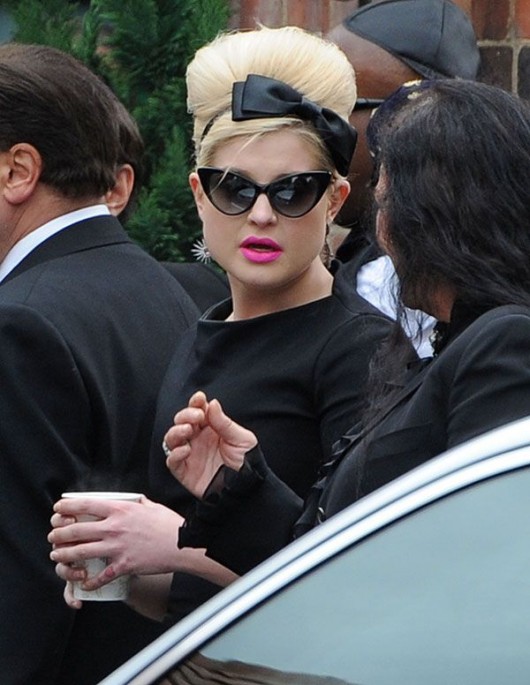 “Goodnight, my angel, sleep tight. Mummy and Daddy love you ever so much,” ended the eulogy read by Mitch Winehouse at the funeral service for the late Amy Winehouse Tuesday. A private service for the songstress took place in North London, and was attended by family and friends, including Kelly Osbourne. The body of the singer was cremated following the ceremony.

Winehouseâ€™s father told mourners that Amy had given up alcohol and had been abstinent for 3 weeks when was found dead. Her father also announced that he will set up a foundation in honor of Amy to assist recovering addicts.

The coronerâ€™s office still havenâ€™t found her cause of deathâ€¦What do you think it could be?