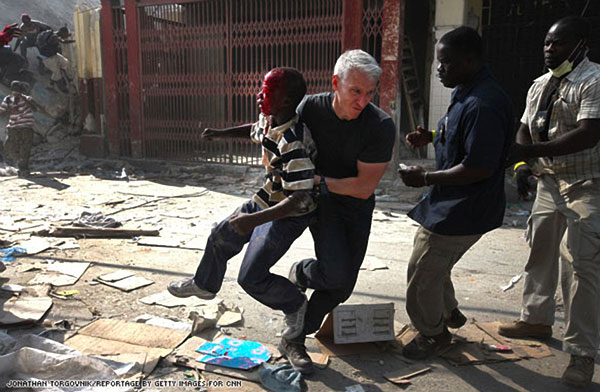 CNN needs to tell Mr Cooper to sit his A$$ down, cause someone is going to fu*k him up… LOL Â Anderson Cooper escaped serious injury Wednesday when he was attacked by a group of demonstrators in Egypt, which has been in a crisis from all the political protests going on.

Cooper, 43, said he and his production crew, reporting from Cairo, were set upon by demonstrators loyal to embattled president Hosni Mubarak. “The attackers pushed and shoved the CNN crew and punched them in the head, he said, but no one was seriously hurt,” according to a report on CNN.com.

A colleague, CNN’s Steve Brusk, tweeted that Cooper was “punched 10 times in the head” by a “pro-Mubarak mob.”

Appearing on CNN’s American Morning Wednesday, Cooper looked fine, and the anchor continues to file reports on the unrest in Egypt.