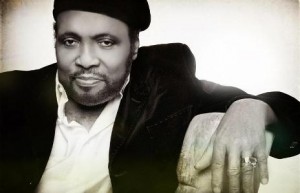 Andrae Crouch, legendary and multi-award winning Gospel music pioneer, songwriter, and pastor, has died at age 72 after being admitted to Los Angeles’ Northridge Hospital Medical Center after suffering a heart attack. Crouch worked with and influenced some of the music industry’s biggest and brightest stars through his over half-century career including Michael Jackson, Madonna, Diana Ross, Elton John, and many others.

Crouch is particularly credited for pioneering the sound of contemporary Christian music beginning in the late 1960s and 1970s. The Recording Academy said of Crouch in a statement that he was “a remarkable musician and legendary figure…fiercely devoted to evolving the sound of contemporary, urban gospel music.” His contributions to the genre were the reason he was often considered the “father of modern gospel music.”

Crouch’s twin sister, Sandra, pastored New Christ Memorial Church in San Fernando, CA with her now deceased sibling and said the following: “My twin brother, womb-mate and best friend went home to be with the Lord. I tried to keep him here but God loved him best.”

Of course, social media lit up after news of Crouch’s passing emerged. Here’s just a few of the comments that were shared:

“God has spoken, let the church say amen.” May your soul rest in peace Andrae Crouch

RIP Andrae Crouch, thanks for the music . You sang the Lord’s song in a strange land.

Thoughts and prayers go to Andrae Crouch and his family. He was such an inspiration

Andrae Crouch, a friend and source of worldwide inspiration, served his time well. I miss him already. RIP pic.twitter.com/qUfEYMZXY0

A stroke led to the passing of Oscar nominated director John Singleton. He was removed from life support and has transcended at age 51....
Read more
African American Issues

Today marks the first day that the family and friends of Alton Sterling have gathered to acknowledge his great life all together. The family is...
Read more
News

Holocaust survivor, Elie Weisel was pronounced dead at age 87. He died in his home in Manhattan, New York on Saturday. This man was...
Read more