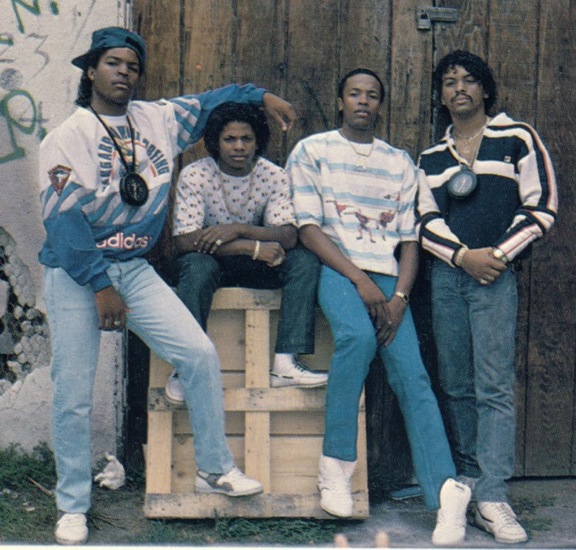 Writer Andrea Berloff will attempt to tell the story of one of hip-hop’s most controversial acts.Berloff has been selected to write the N.W.A. bio-pic, “Straight Outta Compton.” Berloff – who wrote Oliver Stone’s “World Trade Center” – will chronicle N.W.A. as they rose to become one of rap’s most influential voices only to eventually endure an ugly breakup. N.W.A. was powered by the voices of Dr. Dre, Eazy-E, Ice Cube, MC Ren, and DJ Yella. Cube and his business partner Matt Alvarez will produce the upcoming film, along with Eazy-E’s widow, Tomika Woods. “Straight Outta Compton” will be released by New Line Cinema, although a premiere date has not been announced.
N.W.A. has been viewed as a pioneer of the gangster rap movement, thanks in part to their 1988 album “Straight Outta Compton.” The record featured the title track, as well as the tracks “Express Yourself” and “Gangsta Gangsta.” “Straight Outta Compton” has gone on to sell more than three-million copies.