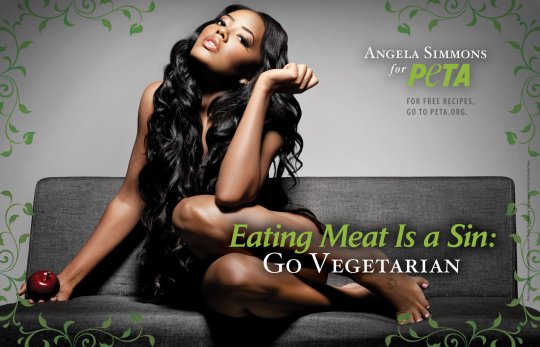 Fashionista Angela Simmons displays it all for a good cause. PETA is known for their celebrity nudity campaigns advocating against cruelty to animals. Â With popular celebrities like Taraji P. Henson and Waka Flocka Flame to name a few, Angela joins the other host of celebrities in baring it all to stand against killing animals. Angela is a known vegan like her Uncle Russell and holds true to her opinion on meat being bad.

â€œEating meat is a sin. As a devout Christian, I feel itâ€™s very important to show compassion for all of godâ€™s creation-and adopting a vegetarian diet is the best way to keep innocent animals from sufferingâ€

As we can see not eating meat does the body good. Click Here To See Full Body & Video!!!! 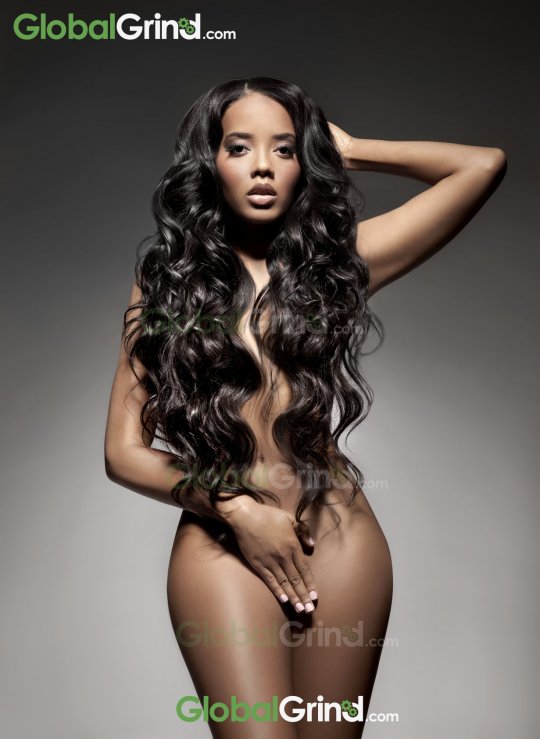