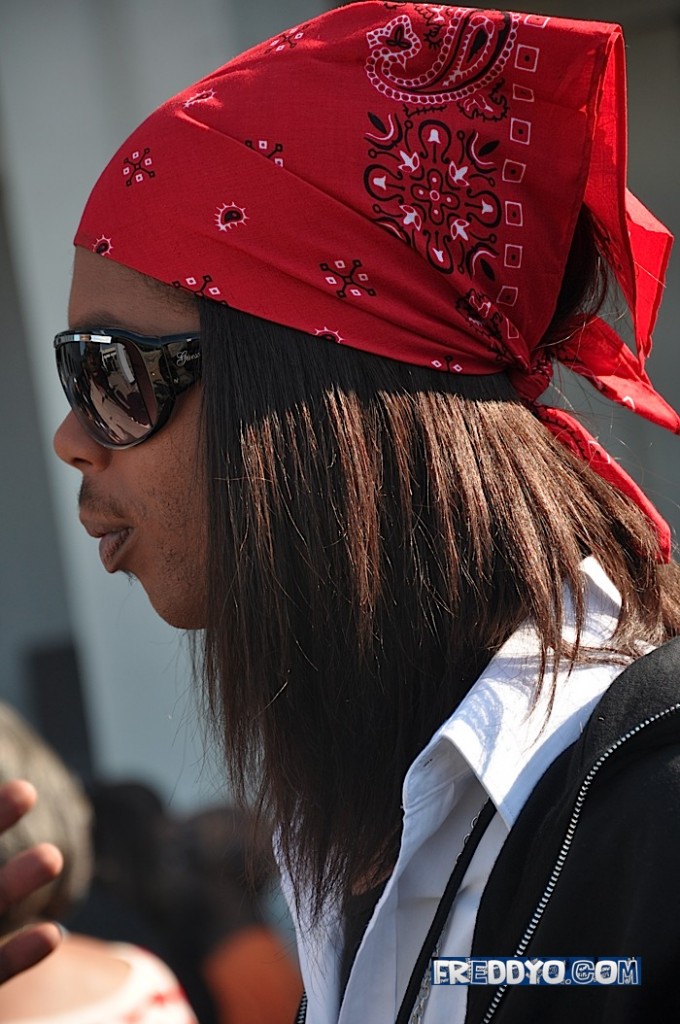 Looks like Antoine Dodson’s few Â minutes of fame is stretching out to be about…a couple of months? The media and Hollywood are truly keeping the youtube sensation relevant, as he announces his new single. Dodson has found a way to continue to make paper off of “the rapist in Lincoln Park” incident, and even boasts that he has sold out of all of his Halloween costumes. According to NecoleBitchie.com, he was spotted last night surrounded by paparazzi as he arrived at LAX Airport and is expected to make an appearance tonight at Millions of Milkshakes where he will launch his own Milkshake. Homeboy getting to the money….

â€œIâ€™m working on a CD and a book. The CD is like a continuation. Itâ€™s like, basically, [the rapist] hasnâ€™t been caught, so itâ€™s like, stay tuned â€™cause weâ€™re still looking for him. The first single is called â€˜Stupid, You So Dumb,â€¦. That is gonna be hot! Iâ€™m telling you, the beat go hard and everything. I live!â€

Check out the video below of Antoine at LAX!!