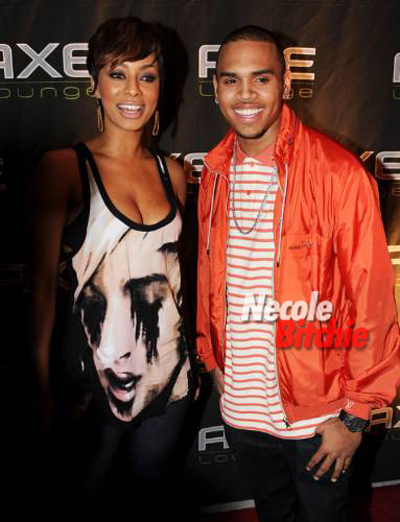 Chris Brown and Keri Hilson were enjoying each other’s company over the weekend. E! News is citing sources who claim that Brown was, quote, “all over,” Hilson during Sunday’s post-Super Bowl party at Axe Lounge at Liv in Miami. Insiders say the two were “grinding each other” on the dance floor, adding that Brown, quote, “insisted on her being in a photo with him as well.” The two were seen leaving the party together with a group of friends. Hilson has since denied that she’s getting romantically involved with Brown, tweeting, quote, “LMAO paps think they slick!! Gone ask CB & I to tk a pic on carpet then asked da crew if we datin!! LHLAB so, no! I’mma let yall know now : p”

The homie Necolebitchie posted this Â pic of the two all booed up at LIV.. I must say I think the 2 would work… What yall think? 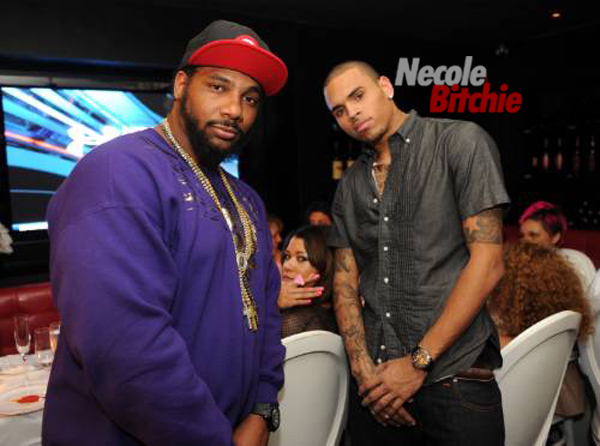 Shot out to Polo for hooking them up..