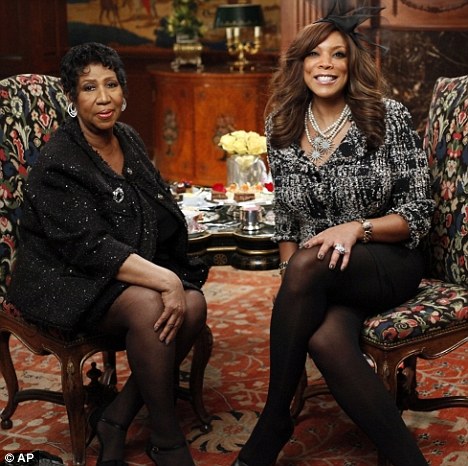 Aretha Franklin is ready to talk about her weight, pop culture, and even reality TV, but she remains tight-lipped about her major surgery. In an exclusive interview with “The Wendy Williams Show” on Wednesday, Franklin said she was working on her health. The 68-year-old “Queen Of Soul” said she was motivated to shed weight after seeing some photos of herself.

Aretha would neither confirm nor deny that it was “abdominal” surgery that she underwent last year in Detroit — telling Williams only that she’s moved on from that. Aretha did describe the debilitating pain that pulled her off the concert trail to seek medical assistance. Now on the mend, Franklin says she plans to reschedule some personal appearances including a trip to the Smithsonian for the induction of the memorable gray hat she wore at President Obama’s inauguration.