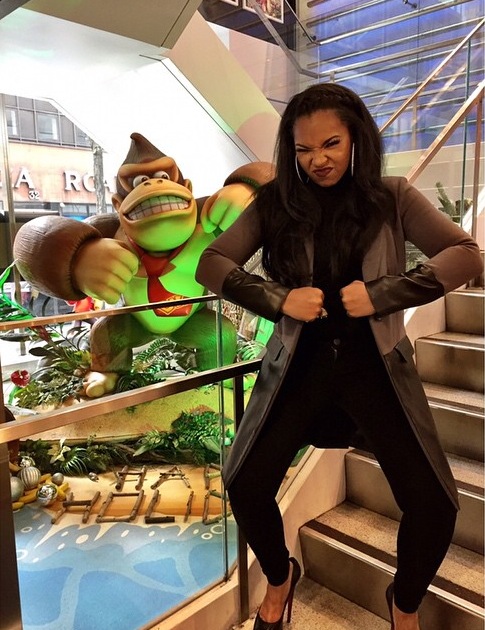 Ashanti’s mother is came face-to-face with the man accused of stalking the singer.

The “New York Post’s” “Page Six” reports that the Ashanti‘s mom, Tina Douglas, took the witness stand in New York Tuesday in the trial against Devar Hurd, who is accused of violating a restraining order to stay away from Ashanti and her family . Acting as his own attorney, Hurd questioned Douglas and seemed to blame her for allowing Ashanti’s sister, Kenashia, to take a photo with him at a party. Douglas said Kenashia had no clue she was posing with her sister’s stalker, but he demanded that Douglas explain why she hadn’t made her “more strongly aware” of who he was. During his questioning, Hurd also seemed to get defensive at Douglas’ testimony. At that point the judge stepped in and warned Hurd that his advising lawyer would be forced to take over if he continued to argue with Douglas.

Hurd was convicted of sending lewd photos to Ashanti and her mom in 2010.