Astro Says He Did Not Get Signed To Roc Nation 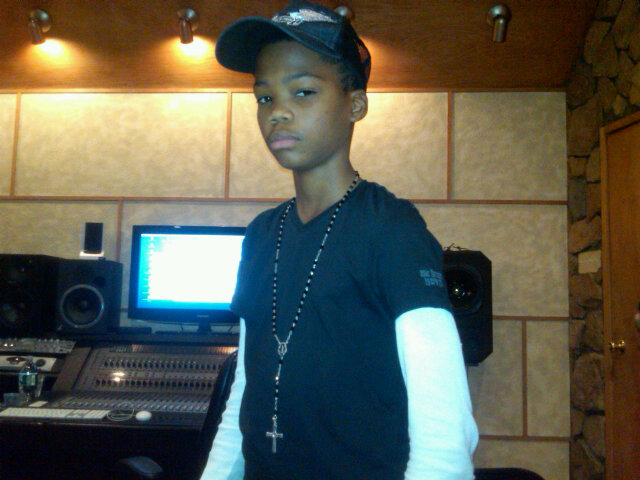 Astro,Â also known as the Astronomical Kid, has entertained audiences around the world asÂ the first rapper contendant on theÂ ‘X-Factor’ competition and although he was recently eliminated from the competition the world has been anticipating who would sign the Brooklyn native rapper. Rumors soon began circulating that the rapperÂ made a deal with Jay Z and hisÂ Roc Nation label but upon his first visit toÂ B.E.T’s 106 and Park the rapper said that that deal has not been made. Check inside for more of whatÂ Astro had to say to his many “astronaunts”.Â

Brian “Astro” Bradley has talent beyond measure which is why it is no surprise that rumors were abound of the Brooklyn MC having a possible deal with one of the hottest labels around. The young rapper visited 106 to discuss his experiences on ‘X-Factor’ and about those rumors of his new record deal to which he explained to fans that there was no deal on the table….yet. “I don’t have a contract or a check so I ain’t signed to nobody,” Astro said when asked if he planned to join Jay-Z’s Roc Nation record label. 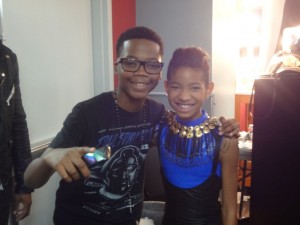 Rocsi asked the young MC what advice would he give to other kids looking to follow there dreams and become superstars, Astro had this to say,

“Be comfortable on stage, be you, just have fun. As long as you’re having fun then you’re straight, don’t make it a job,”

“When you’re making it a job, then you’re doing something wrong. Have fun and do you, that’s the greatest performance you can give.”

Although he has not officially signed with any record label he says he is working hard in the studio and prepping new music for when that day comes. He also said that he definitely had major hopes to work with greats like Jay Z and Kanye West, but the mature rapper let it be known that having a lot of major artist featured on his developing LP was not is his plans. Â “I’m trying to let people buy it for me. But there will probably be a few features on there but I’m not sure who yet.”

If I had a record company I would sign him myself but we have no doubt that offers will come to his table in the near future…..we wish Astro nothing but continued success.