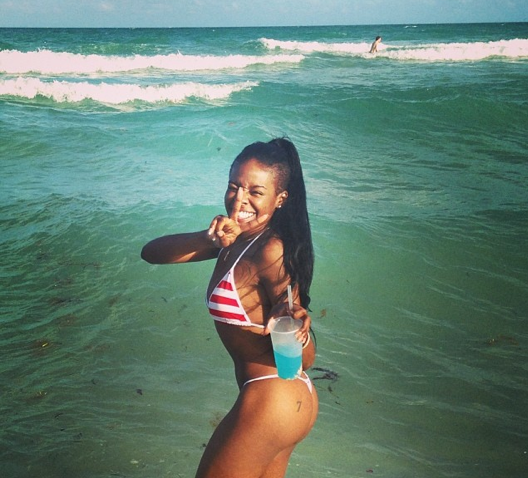 Azealia Banks is “begging to be dropped” from Universal Music Group. Most artist are often afraid to open up and speak their mind in fear of getting dropped by their label, but in this case, that’s exactly what Azealia Banks wants.

On Twitter Sunday, the emcee wrote to her 370,000+ followers that Universal needs to hand her over to another label “who knows what to do” with her. She even asked Sony Music to “buy” her contract from Universal, adding “I’m really in hell here.” Apparently, Banks is fed up with having to “consult a group of old white guys” about her “black girl craft.” She believes they “don’t even know what they’re listening for.” 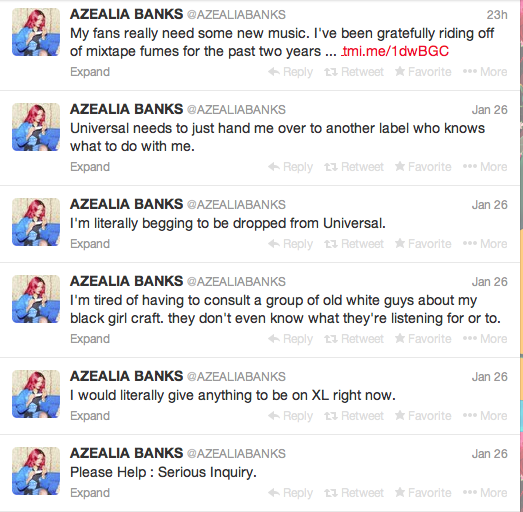 Banks also expressed the need for her to release her debut album “Broke with Expensive Taste.” She says her fans really need new music and that she’s been “gratefully riding off of mixtape fumes for the past two years.” This poor artist even went as far as saying “I’m tired of having to consult to a group of old white guys about my black girl craft.” 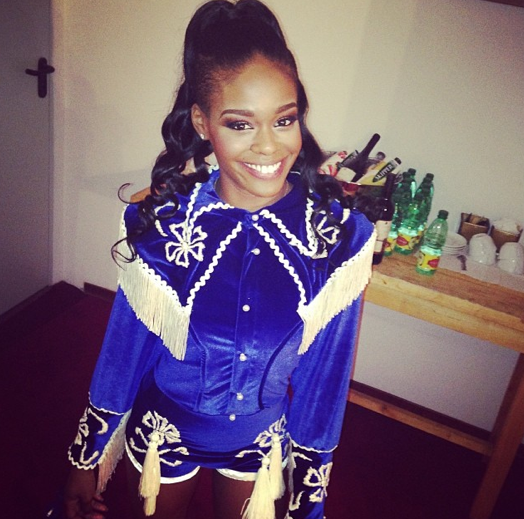 “Broke with Expensive Taste” is slated to arrive in March. We just hope that it all goes her way.