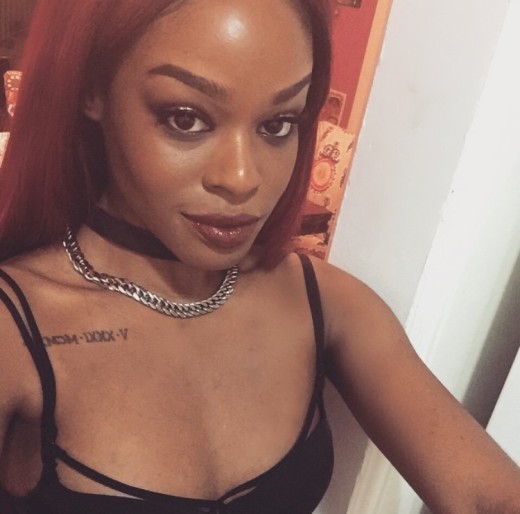 Fresh off the heels of MTV’s Video Music Awards (VMAs) and the one thing everyone is talking about, aside from Kanye West’s announcement of running for President in 2020, is Nicki Minaj’s clap back to Miley Cyrus’ comments about her issue with MTV after not being nominated for Video of the Year. 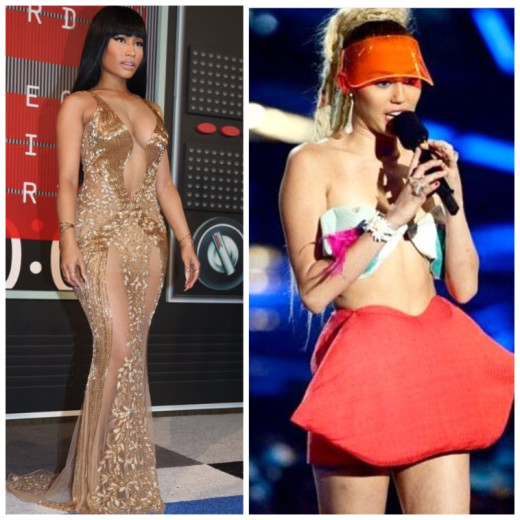 To true Nicki form she clapped back at Miley during her acceptance speech for Best Hip-Hop Video for “Anaconda” and to true Azealia Banks form she came out of nowhere with her comments about the entire issue stating that both Nicki and Miley are “wack” and that they make “boring music” via Twitter.

Of course the tweets didn’t stop there. Azealia kept the comments rolling by also stating that they’re both basic. Peep the tweets below. 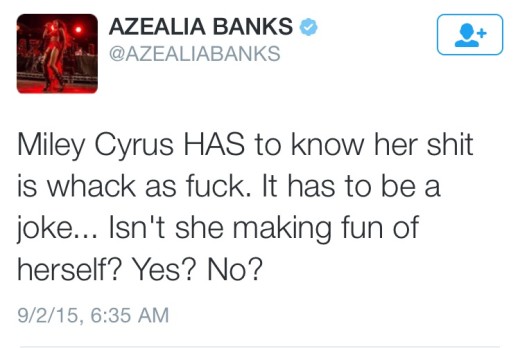 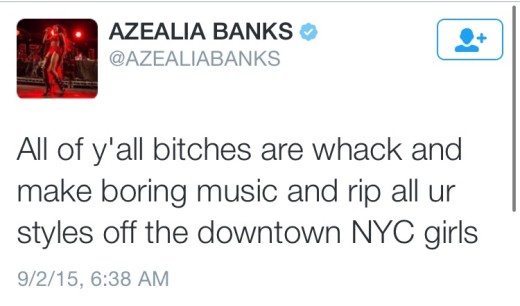 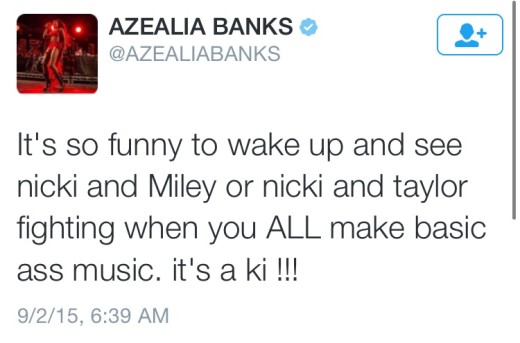