Barack Obama Invites Trick or Treaters Over To The White House! 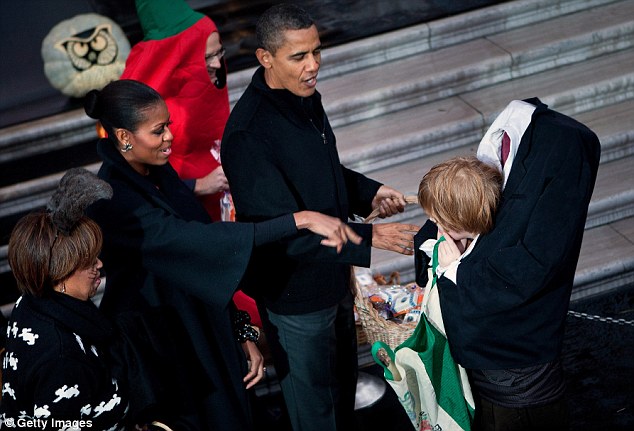 Children from 17 elementary schools from Washington and nearby Virginia and Maryland school districts were invited for an evening of fun with President Barack Obama and First Lady Michelle Obama. Children from the Boys and Girls Club of America and children from military families also participated and were invited to a Halloween party at the White House. 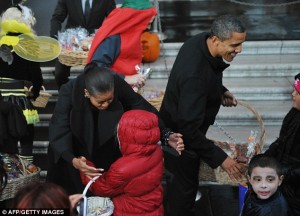 The children munched on dried fruit, M&Ms and White House baked cookies. Although the weather wasn’tÂ on their side, the power couple maganged to still look fabolous as ever.

Commenting on theÂ wetÂ weather and nearly freezing temperatures, Obama said to nearby reporters: “I know it’s cold here, you guys doing alright? It’s not ideal out here.” Michelle Obama hugged several of the children and even wrapped one shivering child with her overcoat, declaring, “Oh, she’s freezing!”

“What’s this? Look at this guy,” the president said at the sight of one costumed child. “A headless man. Terrifying!”. Even on the brink of a Presidential Election, jobs bill fight with the Senate and the War oversees. Obama is still able to remain humble,poised and optimistic. Check out pics from the Halloween gatheringn at The White Â House!

What would you do if you were invited to the White House? Here Are All the pic’s