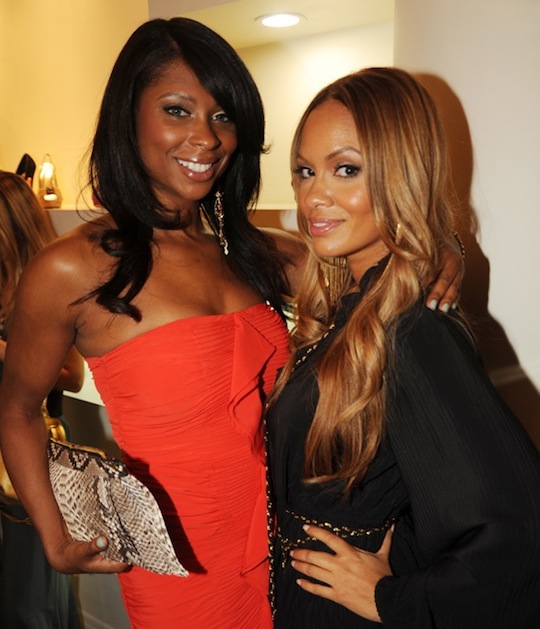 Basketball Wives Season 4 just got a tad bit more interesting and ratchet!Â We noticed that Evelyn Lozado and her BFF Jennifer Williams were not so buddy buddy during their castmate, Shaunie O Neal’s 37th birthday party in Miami this weekend.Â According to Bossip drinks were thrown, the ladies whipped out the Vaseline and was about to throw blows.

Eye witnesses says that as Shaunie was celebrating her birthday at Philippe Chow, Evelyn and Jen got into an intense verbal argument.

The argument ended with Evelyn allegedly hitting Jennifer on the top of the head with a clutch purse! After more harsh words, the two were separated. You know the VH1â€²s cameras were rolling and the entire incident was caught on tape so we cant wait to see what happened.

On December 10th Shaunie and Tami Roman, who is also a cast member, tweeted to each other about the party being â€œinteresting and epic.â€

If you’re confused about their sour friendship it started when Jen discussed her dislike for Evelyn’s fiance Chad Ochocinco on a radio station.

Every since then the women’s sisterly bond has went down the drain.
Guess what? Their not even following each other on Twitter anymore. Yep we smell beef and its juicy so we will be watching!

The new season debuts in February 2012.