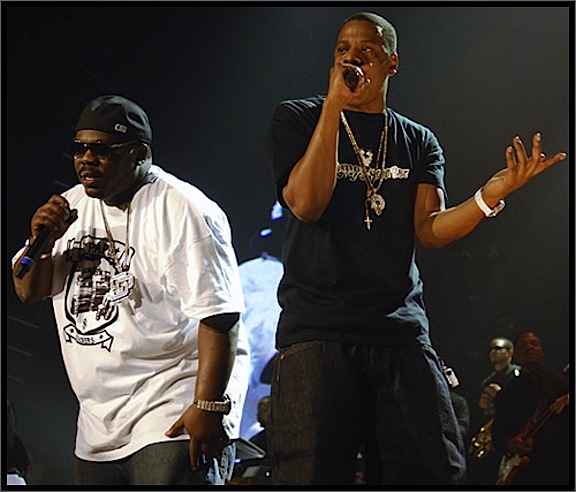 For the past year and a half it’s no secret that Beanie Sigel has has ill feelings towards Jay Z, which was influenced by 50 Cents doings. He has accumulated countless diss records at Jay’s expense. But now when things are said and done and the for wall began to close in on Beanie, he began to see life for what it really was and how at the end of the day, Jay Z was his blessing and not his hinderance.

Beanie recently did an interview with XXL Magazine, there he manned up and revealed some honest and nobel things about himself and how he handled the Jay Z incident. He regrets ever starting the whole mayhem up and sent out his humble apologies to Jay Z, realizing that if anything Jay Z gave him an opportunity that millions wish to have which is to help you make his dreams a reality.
Spotted@ AllHipHop
He explains in XXL Magazine:

â€œI was explaining the whole Roc-A-Fella shit and a lot of feelings were going to get hurt. I was airing shit out. Just the homies could listen to that when they come into the studio. I couldnâ€™t put that out. It wouldnâ€™t sit right with me.â€

â€œWhat Mike Epps say? â€˜Gangstas fuck up too.’ Whatever I felt this dude Jay did wrong to me, it canâ€™t outweigh the one thing he did do for me â€“ he gave me an opportunity. Dude gave me an opportunity. A lot of people donâ€™t get opportunities. He gave me that. That outweighs everything. I need that in black and white. I got caught in the moment and put my feelings out there. I should have never done that.â€

Nice to see men accept and own up to their faults and seek closure that has become their demise. I wonder if Jay Z has accepted his apology and the two will begin working back with each other.