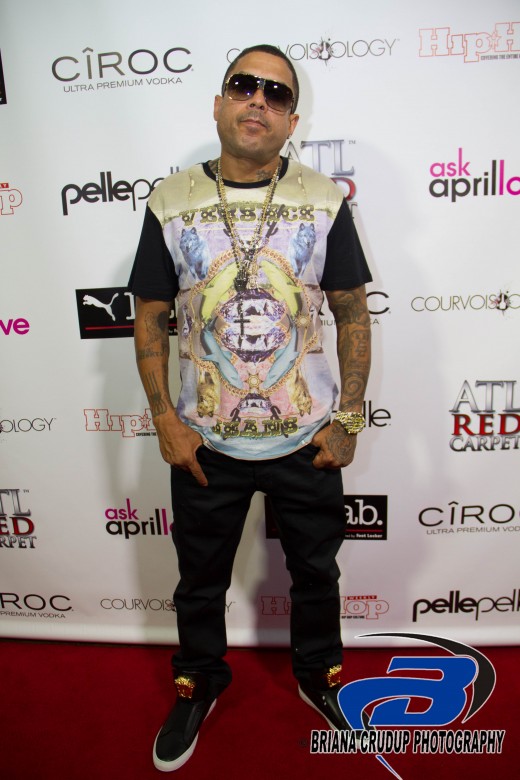 As you know things got Dramatically Ratchet on the Love and Hip Hop Atlanta Reunion Set. There was hair pulling, biting, and cussing; but according to Benzion it was all planned. Say what?

The cast of “Love & Hip Hop Atlanta” turnted all the way up at the reunion show taping. Joseline Hernandez reportedly went after everybody on the show and ended the night taking a BITE out of one of the security guards. The biggest source for her animosity was on Benzino’s fianceé, Althea. Benzino is now calling Joseline out and Mona Scott Young for encouraging bad behavior. The Puerto Rican Princess and Mona Scott Young were spotted enjoying a meal at Mr. Chops. Things to make you go “Hmmmmmmmm!” 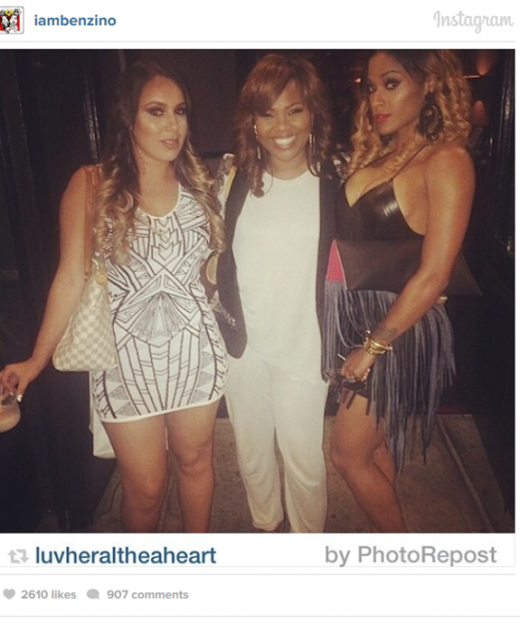 “THIS WAS THE PIC THAT WAS TAKEN RIGHT AFTER THE REUNION! THIS WAS IRRESPONSIBLE ON MONA’S BEHALF! STEVEIE POSTED IT THEN ONCE MONA CALLED AND TOLD HIM TO TAKE IT DOWN HE DID! AFTER JOSE RUINED THE REUNION, THE ENTIRE CAST SAT ALL AGREED 100 PERCENT THAT JOSELINE NEEDS TO BE STOPPED AND SHE STARTED EVERYTHING!! EVERYONE UP THERE DEFENDED ME AND ALTHEA AND SAID THEY DO NOT WANT TO SHOOT WITH JOSELINE, MONA NEVER CALLED ME, ALTHEA OR EVEN MIMI TO FIND OUT IF WE WERE OK! But she went TO MR CHOWS AND HAD DINNER WITH THE ANIMAL SMILING RIGHT AFTER THE REUNION! SMFH, SOMETHING AINT RIGHT AND THE TRUTH WILL COME OUT.. #lhhatl #thisaintover HOW CAN 40 SECURITY GUARDS ALLOW JOSE TO RUN WILD AND NOT CONTAIN HER! I HAD ABOUT 7 ON ME ALONE!! ALTHEA NEVER ONCE THREATEND ANYBODY, IT SEEMS LIKE THE WHOLE THING WAS A SET UP, BUT TRUST, THEY F—ED UP.”He also dedicated an entire post to airing out his disgust for Joseline. 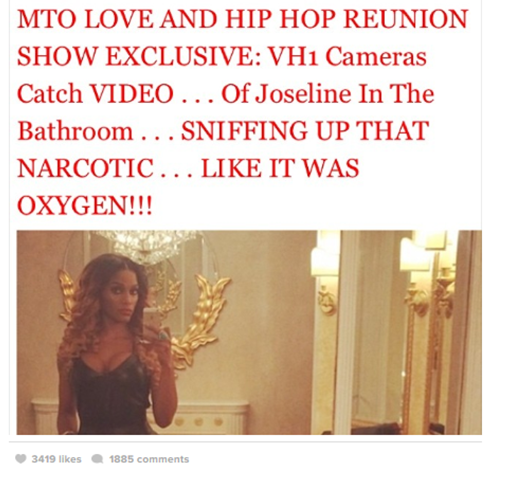 “This is sad on so many levels, there are YOUNG girls who look up to this PROSTITUTE/JUNKIE and the powers that be ARE COSIGNING HER. she TRIED to attack damn near the whole cast but got LUMPED UP, ANYBODY WHO DEFENDS THIS ANIMAL, SHOWS WHO YOU ARE AND WHAT YOU REPRESENT. THIS DRUG ADDICT THREATENED TO BEAT UP ALTHEA IN 6 EPISODES PLUS POSTED IT ON HER IG THAT SHE WAS GOING TO TO WHAT SHE TRIED TO DO AT THE REUNION, ME AND ALTHEA NEVER GOT UP FROM THE COUCH WHEN THIS CRACK WHORE RAN OVE AND JUMPED ON ALTHEA. IT WAS PREMEDITATED AND MONA AND VH1 SHOULD HAVE STEPPED IN LONG TIME AGO AND PREVENTED THIS BUT INSTEAD THEY LET HER RUN WILD, #thisaintover.”

Does this mean Benzino is fed up with Love and Hip Hop Atlanta? Do you think Mona Scott Young encouraged Joseline’s bad behavior?
Tell me your thoughts in the comments below.

[youtube https://www.youtube.com/watch?v=M-dj1pKpST4&w=560&h=315] Valentine’s Day is right around the corner, and Ellen was going to give advice on what to do, but instead thought it would...
Read more