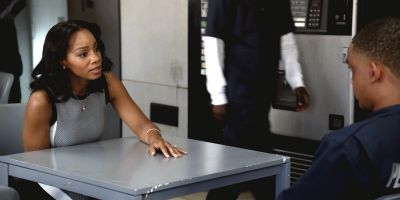 HBCUs aren’t happy with how life at a historically black college is being depicted on BET’s new series “The Quad.” So, Hampton University President William R. Harvey wrote a letter to BET CEO Debra Lee slamming the series.

“The Quad” is a brand new drama series to give viewers an inside look at what life is like at a historically black college/university. But, everyone isn’t here for all of the drama.

Hampton University President William R. Harvey penned a letter to BET CEO Debra Lee to air out his frustrations with the show.

In the letter, Dr. Harvey, who has earned a reputation for placing black women in powerful positions at HBCUs, he said the show 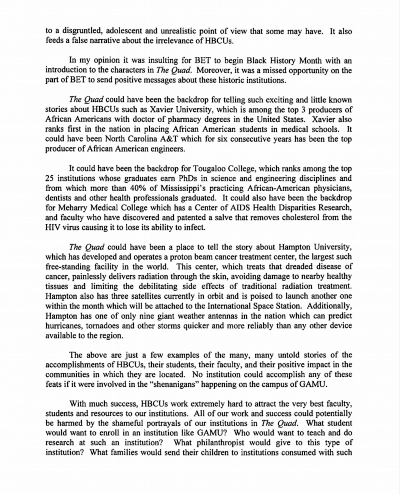 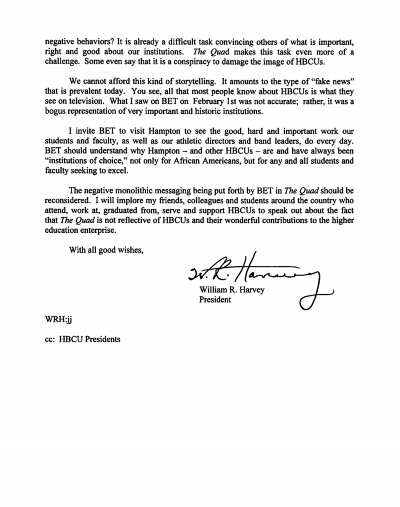 In an excerpt from the letter, he wrote,

Devoid of any reference to academics, The Quad is about a president who is promiscuous, trustees who are unwilling to deal with a rogue band director, and a band director who condones criminal activity on the part of his drum major. The Quad will lead many to believe that HBCUs exist because of their marching bands; that our presidents are unethical; that our boards are dysfunctional and have misplaced priorities; that our faculty, students and administrators are driven by sex, alcohol, marijuana, low self-esteem, parties and a preoccupation with music; that it is acceptable to disrespect women; that university policy can be set by a band director; and that there are no standards of conduct or penalties for bad behavior. This depiction seems more analogous to a disgruntled, adolescent and unrealistic point of view that some may have. It also feeds a false narrative about the irrelevance of HBCUs.”

“We cannot afford this kind of storytelling. It amounts to the type of ‘fake news’ that is prevalent today. You see, all that most people know about HBCUs is what they see on television. What I saw on BET February 1st was not accurate; rather, it was a bogus representation of very important and historic institutions.”

Apparently, he’s not the only HBCU leader who feels this way. According to HBCU Digest, several HBCU presidents commended Dr. Harvey for a “courageous” and “eloquent” response to the negative imagery of the show (which aired its third episode this week).

While we totally get why HBCU leaders would be upset about the show, the show is for entertainment purposes. It’s not a documentary or a docuseries, so of course they’re going to overdramatize everything. At the same time, the HBCU leaders have a point about the imagery affecting the core values of a HBCU.